On the 115th anniversary of the Antiquities Act, we celebrate the designation of three California Desert National Monuments and the leaders who made this effort possible.

This week is the 115th anniversary of the Antiquities Act! This little-known law is responsible for some of our country’s most treasured public lands: National Monuments. The Act gives U.S. Presidents the unique ability to designate federal lands as National Monuments for their cultural, historic, scientific, and ecological importance.

Celebrate this milestone with us by reading the following reflections from leaders who were instrumental in the designation of these National Monuments. This includes Native American Land Conservancy, Hispanic Access Foundation, Vet Voice Foundation, and Mojave Desert Land Trust. Thank you for all that you do to care for and protect our Desert public lands!

“The desert mountains have always been an important place for California's Native American peoples. The Mojave Trails, Sand-to-Snow, and Castle Mountains National Monuments represent a unique cultural landscape in which the Native American communities in California have been able to thrive. Connections to the past are still experienced in these timeless locations today. By mindfully entering these places with clean hearts and minds, with the intent of respecting the landscape, we hope that countless generations will be able to experience these places. The Native American Land Conservancy works with groups, such as the CLF, to advocate for protecting and preserving these National Monuments.” 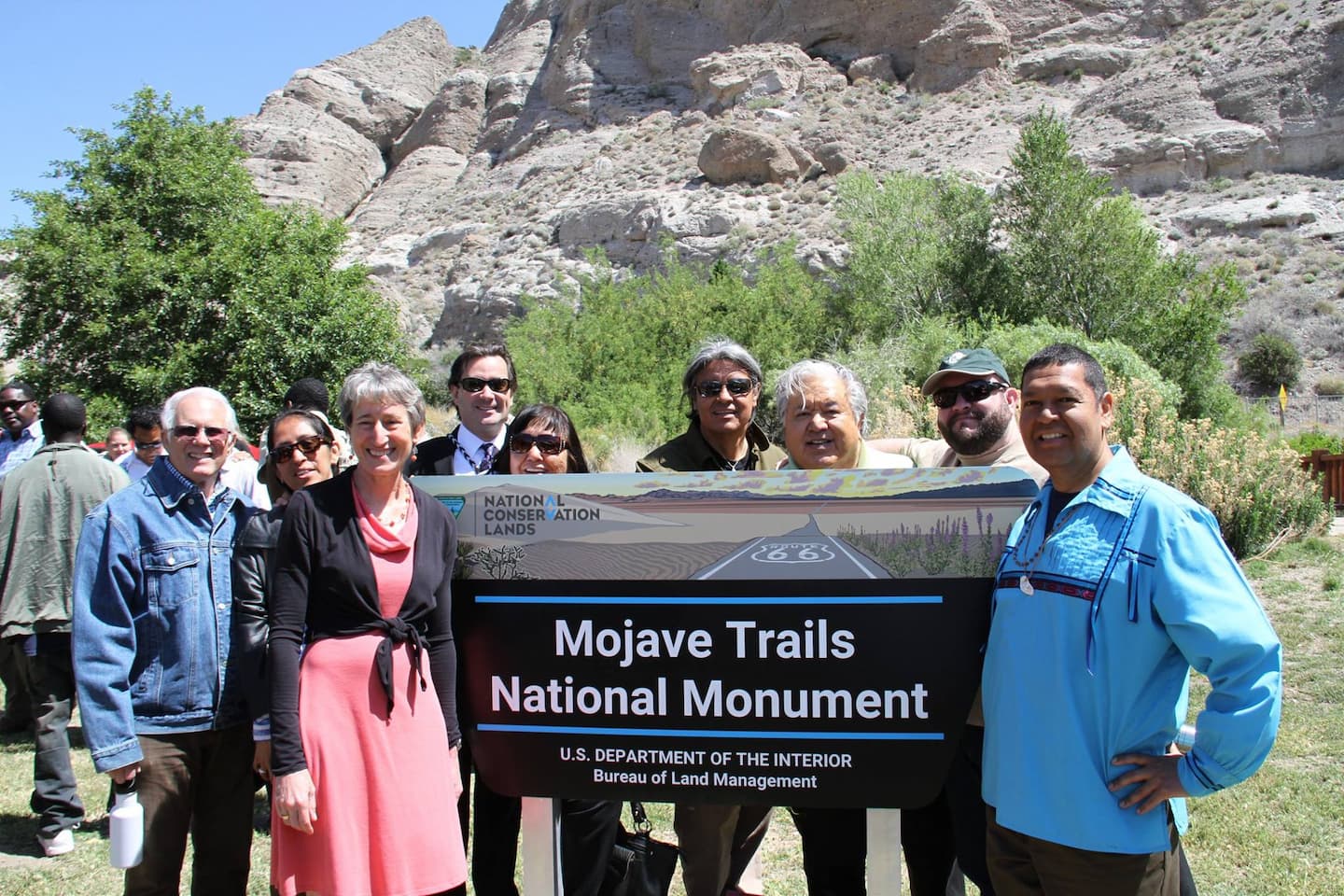 “The Native American Land Conservancy is thankful today, the 115th anniversary of the Antiquities Act. This monumental legislation has done much to protect the lands of this country that we hold sacred. A little more than five years ago it gave our Old Woman Mountains Preserve a great new neighbor, the Mojave Trails National Monument! Today we celebrate this Act, those who made it law, and all the presidents who have used it for the good of the land.” 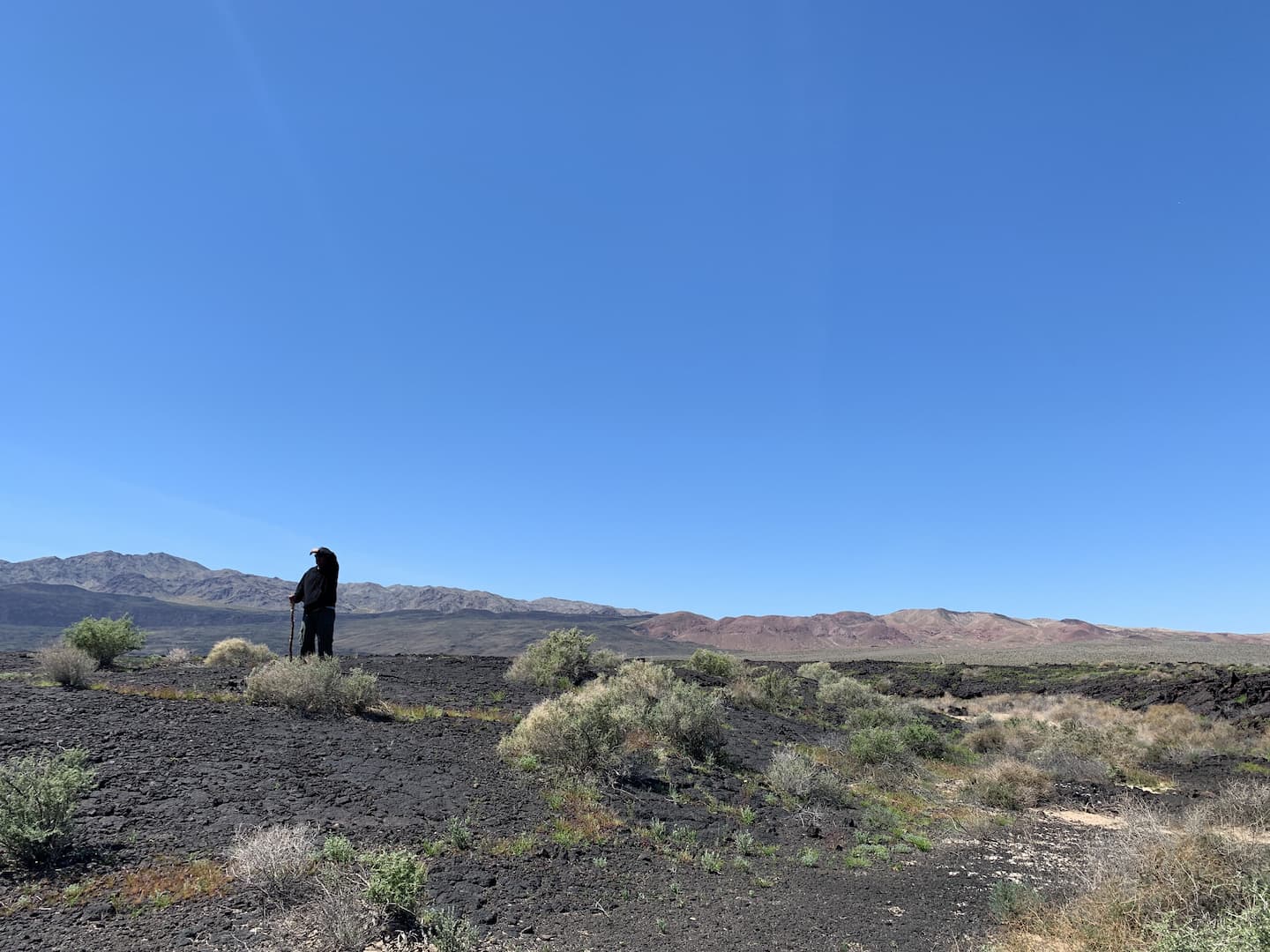 “As we reflect on this anniversary, it’s important that we recommit to preserving the Antiquities Act and honoring its importance in protecting, recognizing and celebrating the diverse cultures and contributions from all Americans. For many Latino and other diverse urban communities in California, the use of the Antiquities Act to create national monuments such as the San Gabriel Mountains, Mojave Trails, Sand to Snow National, and Joshua Tree has provided not only protections for public land and waters, but also greater access to much-needed open space and recreation opportunities.

“While the number of national monuments focusing on the history, culture and lives of diverse communities still falls short of truly representing our nation’s cultural heritage, Presidents yielding their authority to create national monuments under the Antiquities Act have done more than Congress to protect diverse sites. This is especially true over the past 25 years, which has led to the establishment and protection of national monuments like Cesar Chavez, Bears Ears, Camp Nelson Heritage, and Rio Grande Del Norte.

“In fact, many of our country’s best-loved places would not be preserved if not for the immediate action afforded presidents through the Antiquities Act. Seventeen presidents -- nine Republicans and eight Democrats – have used this authority to create more than 130 national monuments -- including the inspiring Grand Canyon, the iconic Statue of Liberty and many other of our nation's most spectacular and historically important public lands.” 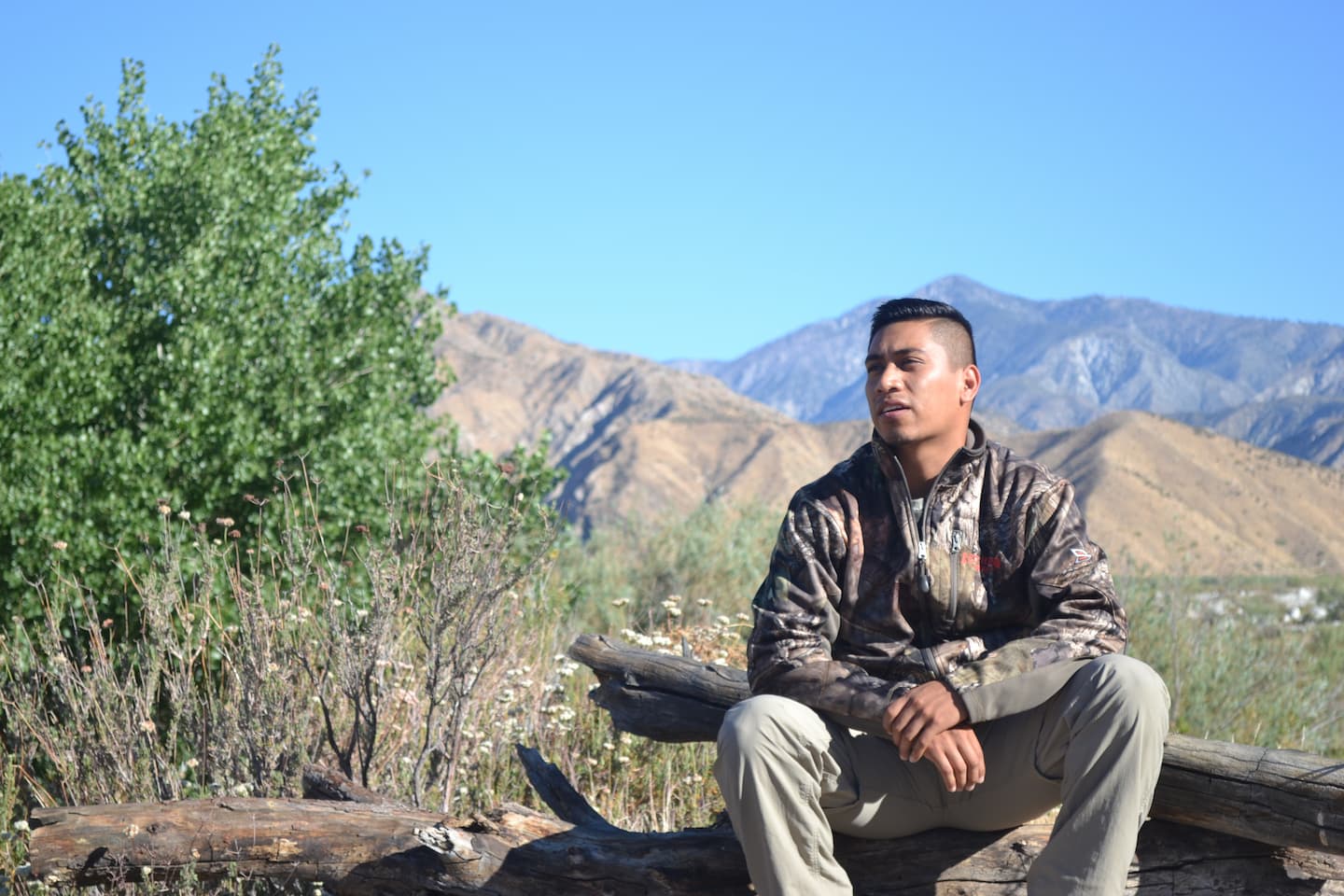 Moises Moreno from Whitewater, CA, admiring the beauty of the Sand to Snow National Monument.

"The Sand to Snow National Monument is the most ecologically diverse area in Southern California. The White Water Preserve, which is part of the Pacific Crest Trail and the gateway to the Monument, is one of a few places I can responsibly adventure with my dogs. The trails criss-cross the White Water River, and every once in a while, if you’re lucky enough, you can catch a view of Bighorn Sheep traversing the mountainsides. This area is a great place to recharge.” 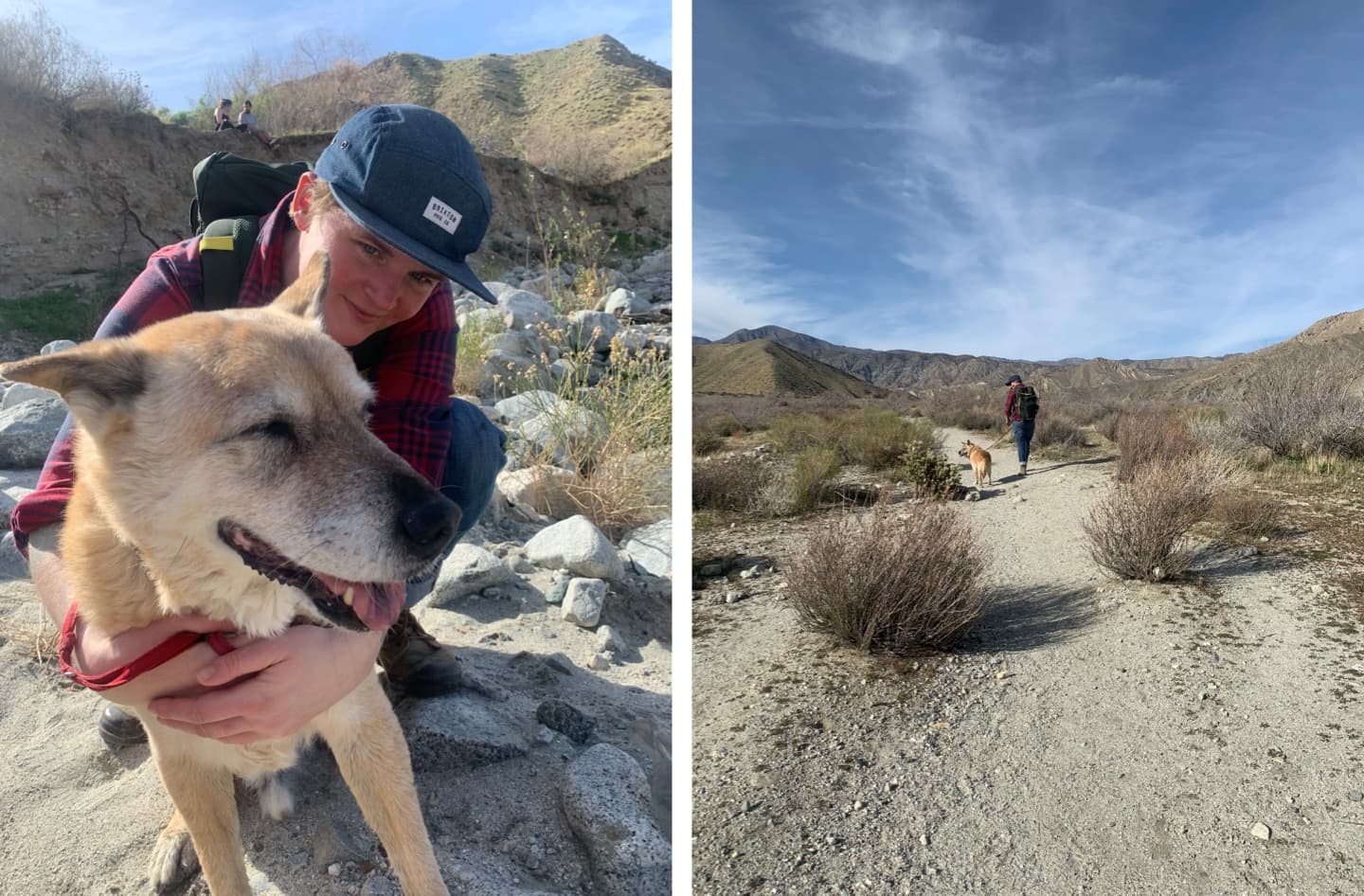 “In designating Mojave Trails National Monument in 2016, President Obama secured a vital linkage between Joshua Tree National Park and Mojave National Preserve. Creating the Monument ensured that bighorn sheep, desert tortoise, and many other species could continue to move between the national park units, preventing their potential isolation and decline due to the loss of genetic diversity. Creating the Monument also preserved sacred Native American resources and World War II training sites, ancient lava flows, rugged mountain ranges, and expansive sand dunes for the enjoyment of this and future generations.” 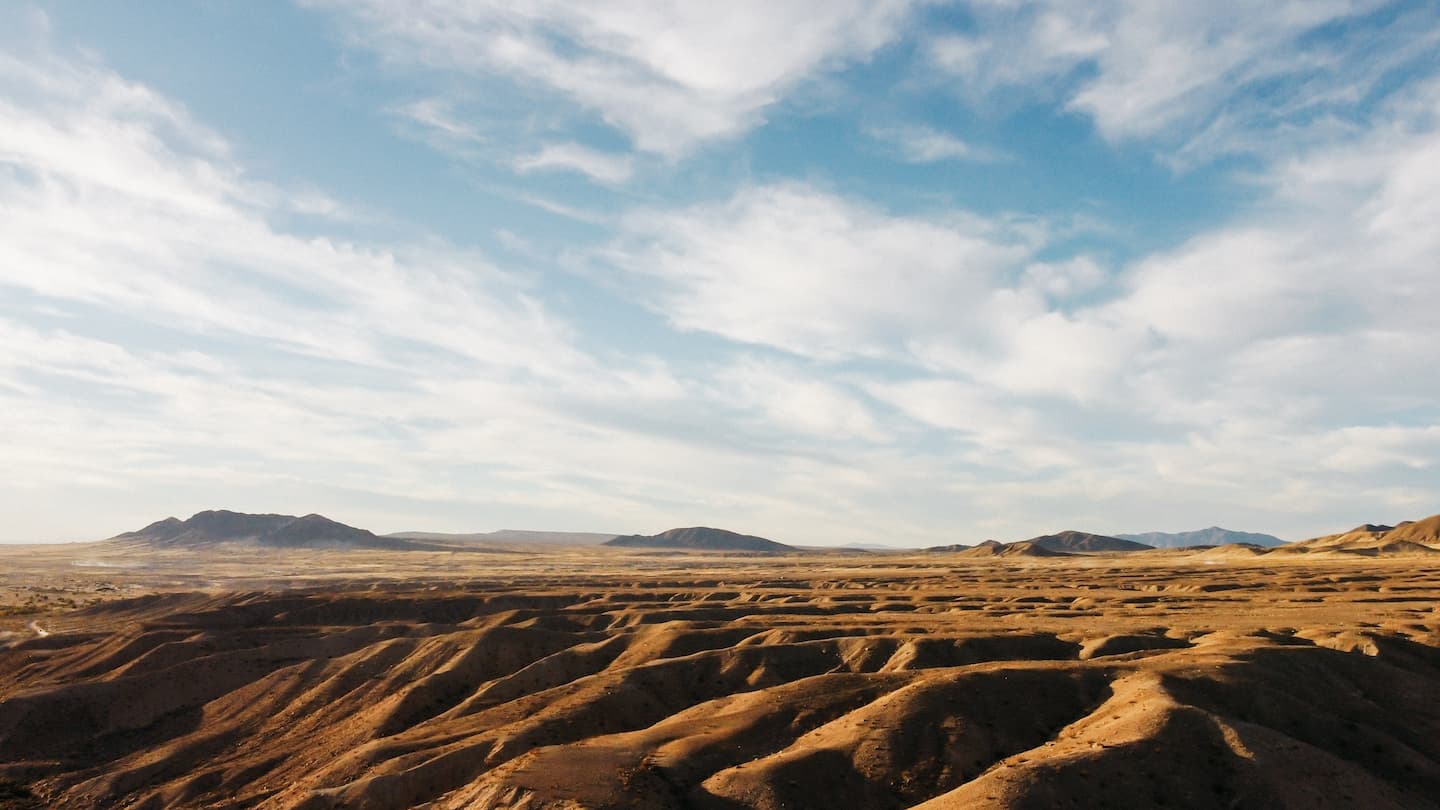 “June 8th, 2021 marks the 115 year Antiquities Act Anniversary that authorizes future presidents to protect landmarks and preserve public lands as national monuments. Thanks to the Antiquities Act, National Monuments - like Sand to Snow and Mojave Trails National Monument - have remained vital to protecting natural, cultural, and historic landscapes, and honoring the history and contributions of Latino/x communities. The Antiquities Act is an important conservation tool and has the potential to center equity in how we protect public lands, how we recognize and amplify the stories of communities of color, and how we bring diverse communities to their public lands.” 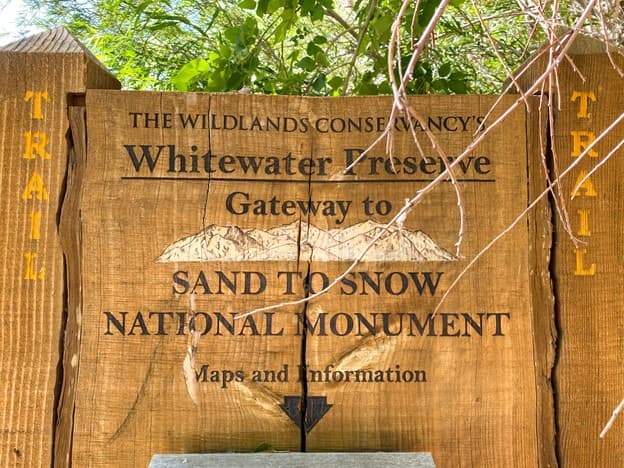 The entrance to Sand to Snow National Monument.