What the Land can Teach Us

Earlier this summer, a few members of the Conservation Lands Foundation team had the opportunity to connect in person and visit Canyons of the Ancients National Monument in southwest Colorado, an immensely culturally-significant region containing over 6,000 archaeological sites. Designated as a national monument in 2000, this site is one of the many Colorado treasures that the Conservation Lands Foundation works hard to protect. 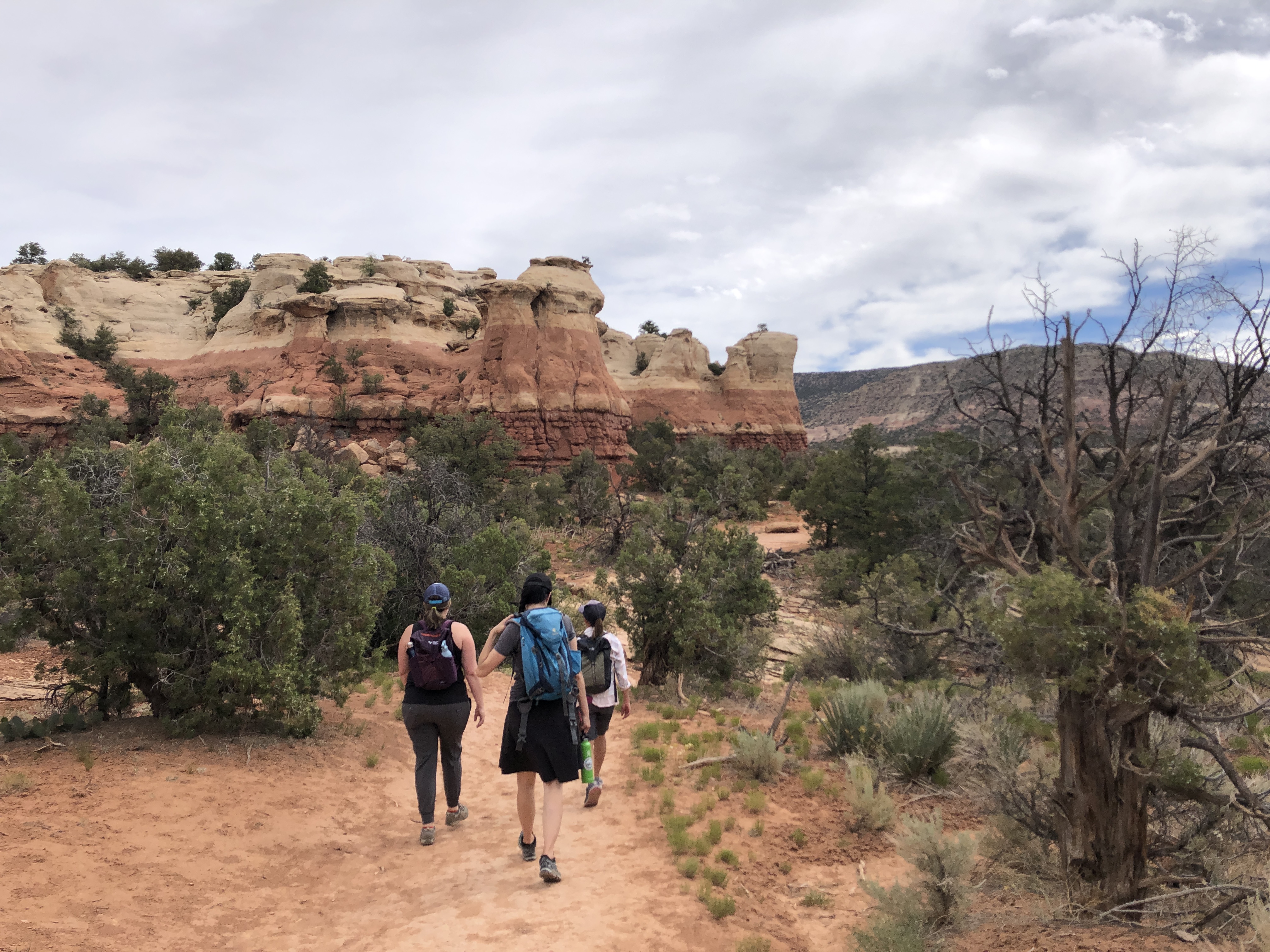 During all of the uncertainties of the pandemic, getting out to Canyons of the Ancients affirmed the positive benefits of being out on the land. Having moments like these allow us to hit the refresh button – and this time, not in a digital sense. The visit was also an important reminder of what the land itself can teach us.

Our team met with Shaine Gans, Executive Director of the Southwest Colorado Canyons Alliance, a local conservation organization that is part of our Friends Grassroots Network. Shaine graciously guided us up the Sand Canyon Trailhead, pointing out ecological and cultural features of the area and telling us more about her work, which includes site monitoring, coordinating volunteers, and reporting issues back to the Bureau of Land Management (BLM).

Shaine is one of only two staff members at her organization (as is the case with many of the grassroots organizations in our Network), and is tasked with the monumental challenge of overseeing the use, outreach, and stewardship of Canyons of the Ancients and nearby public lands, in collaboration with the Bureau of Land Management. To put things in perspective, the entire national monument is three times larger than the New York boroughs combined. 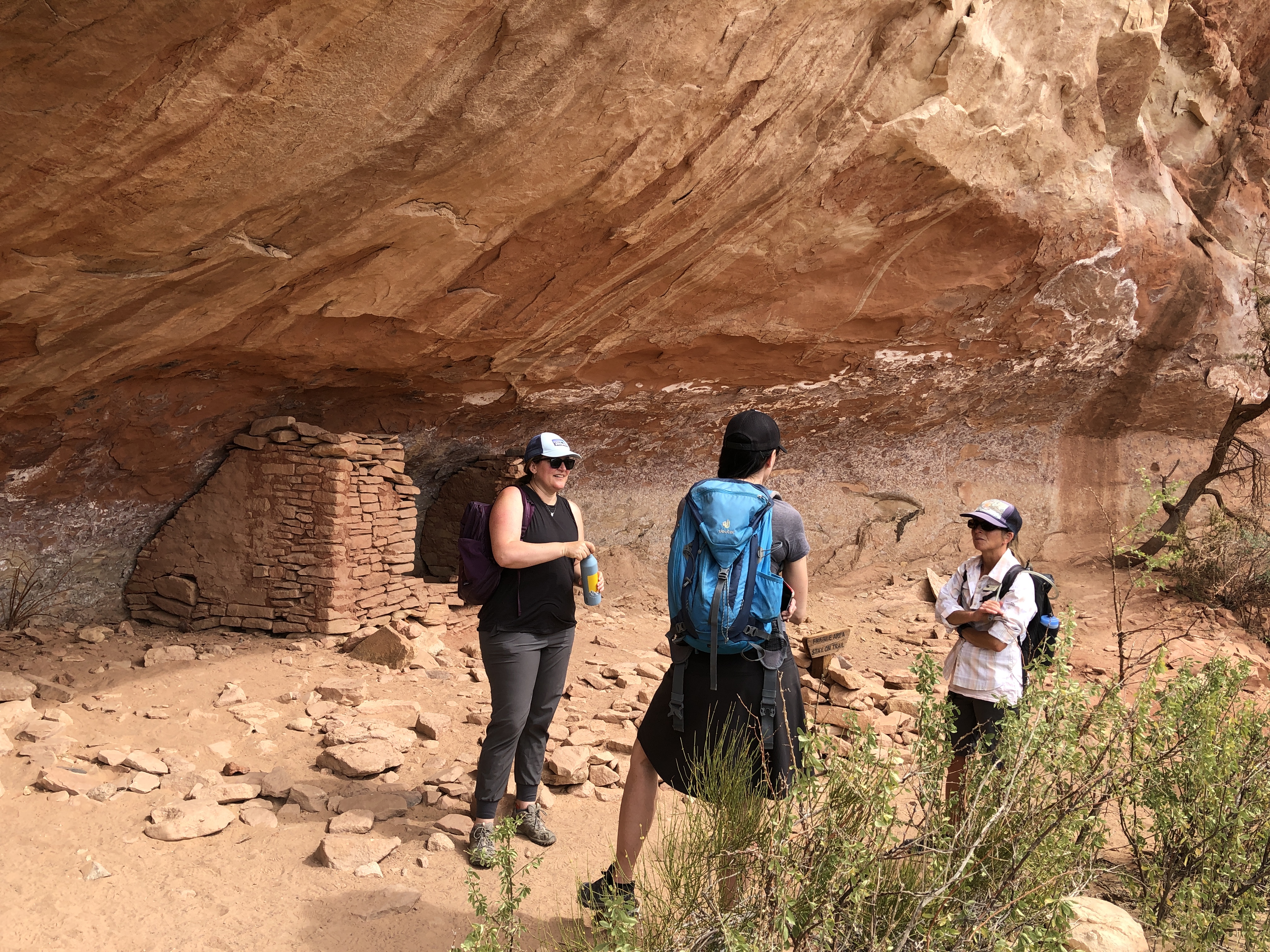 Canyons of the Ancients National Monument is home to an incredible diversity of cultural resources. As its namesake implies, the region was once home to Ancestral Puebloan peoples who inhabited the area around the 12th century, and today is traditional Núu-agha-tʉvʉ-pʉ̱ (Ute) territory. Today, visitors can still see the remains of structures such as granaries and kivas around the monument at Castle Rock and Sand Canyon Pueblo, which are backdropped against Sleeping Ute Mountain. The landscape resembles a sleeping figure who wears a different color blanket during different seasons – white snow in the wintertime, and green growth in the spring. 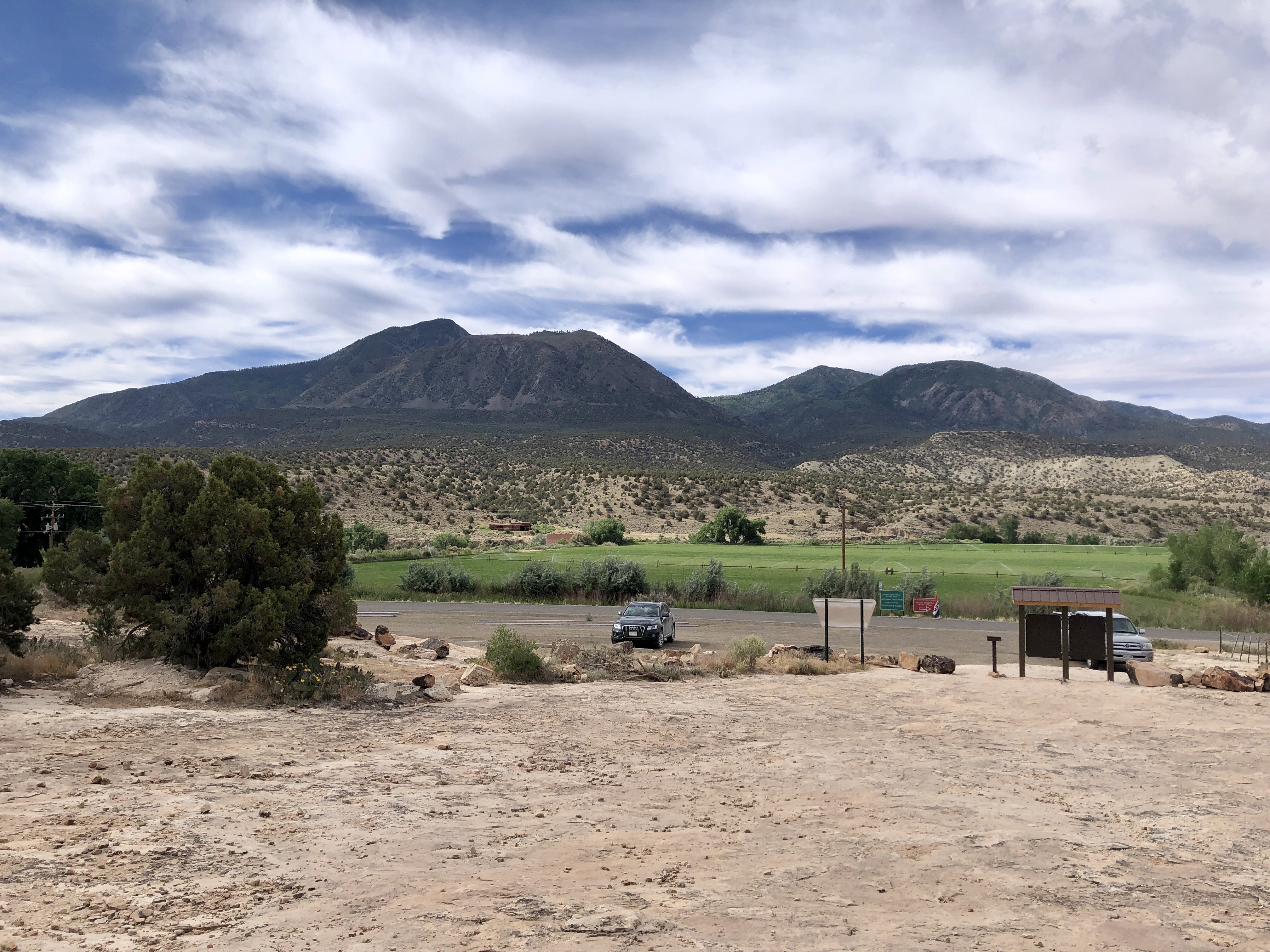 For the ancestral Puebloan peoples, living in this area required in-depth knowledge of seasons, plant, and animal life. Plants were used for food, basketry, and medicine, traditions that are still continued today by the Ute community and neighboring Indigenous tribes. Ephedra nevadensis, commonly known as Mormon tea plant, was used for aspirin and brewed into a tea (this Indigenous practice was adopted by early Mormon pioneers). Wildlife big and small call this region home – from a tiny ant carrying a flower petal three times its size and to a garter snake slithering among the yucca (which we didn’t get close enough to photograph!). 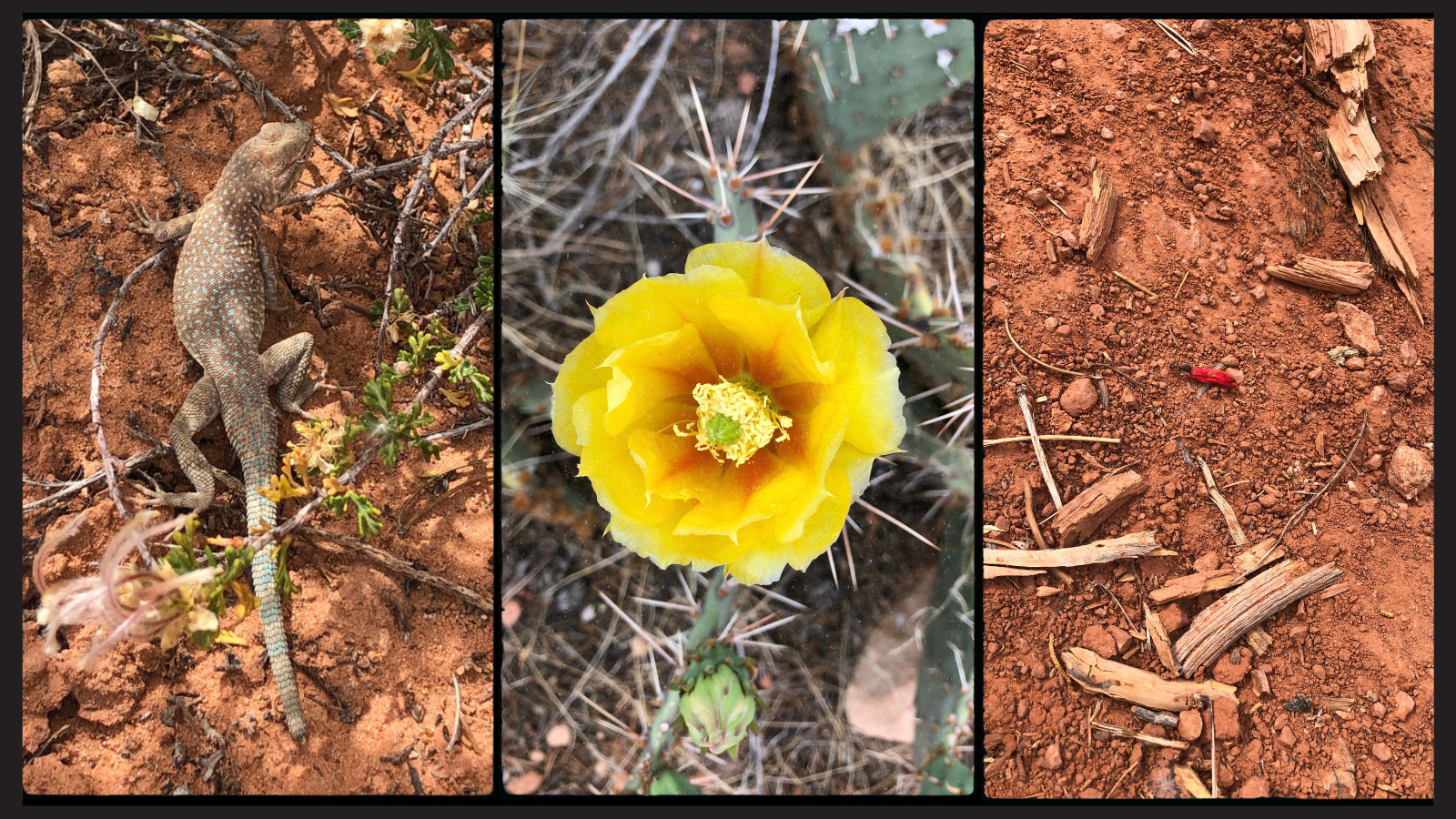 Flora and fauna on the trail (photo credit: Paige Laduzinsky)

The landscape also holds a wealth of information about climate change. This seemingly dry landscape is nourished by seep springs, or underground reservoirs where water would have permeated the surface. (How can you tell where the seep springs are? Hint: look for the presence of cottonwood trees). To the ancestral Puebloan peoples, the presence of a seep spring would have been deeply significant to their worldview, as the Puebloan world originally emerged from the underworld.

While the towering rock faces and deep canyons may look indestructible, they are surprisingly fragile. As Shaine pointed out: “all it takes is a few steps in the wrong direction to wipe out a hundred years of microbiotic growth” – an important reminder to stay on trails, pack out trash, and visit with respect.

By supporting the Conservation Lands Foundation, you are ensuring the long-term protection of places like Canyons of the Ancients and the grassroots organizations that steward them. A big thank you to Shaine and our Network partners, and to the land itself, for the lessons it teaches. 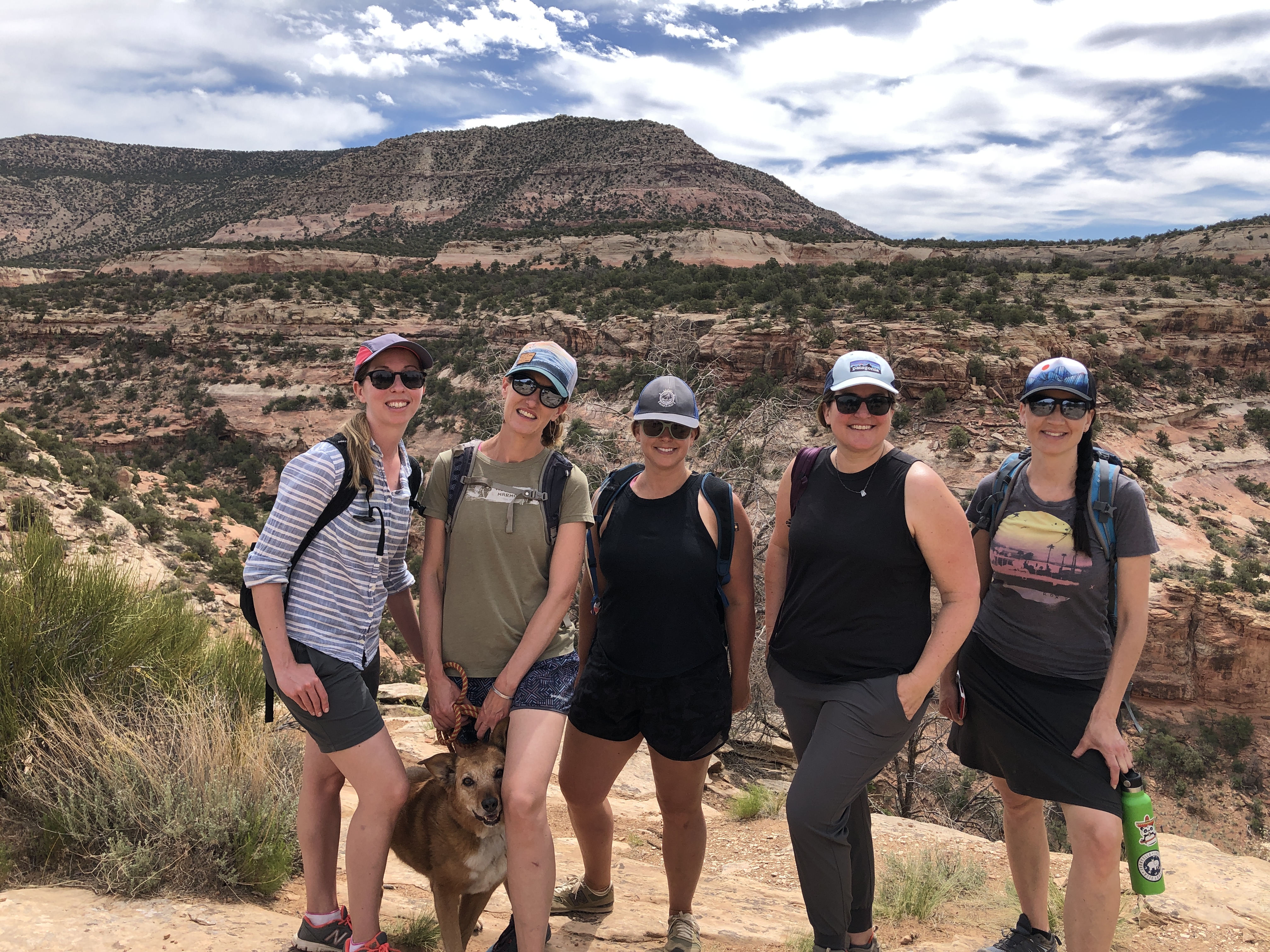