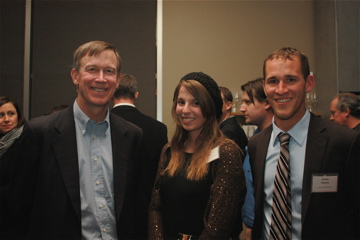 “When you take Colorado youth corps, tie them in with veterans, mix that with the Bureau of Land Management staff, then you begin to get a pretty rich soup. Mix in some private industry funders to provide resources or donations, add the Conservation Lands Foundation. Now it’s seasoned, now it’s got heat and energy.”

Royal Bank of Canada, with an office in Denver, became the first corporate partner to join that “heat and energy.” Their contribution has helped place the first Youth Corps crew on the ground in Colorado’s McInnis Canyons National Conservation Area, working to improve habitat on a stretch of the Colorado River. More projects are planned for areas in the National Conservation Lands in California, Nevada and Arizona.