A Virtual Visit to the California Desert’s Old Woman Mountains

The Chemehuevi and other Southern Paiute have thrived in the landscape of California’s Mojave Desert since time immemorial and consider it part of Nungwuh Tuhveep, the Southern Paiute homeland. In addition there are numerous Cahuilla, Serrano, Luiseño and other tribal communities in the area.

In celebration of California’s Native American Day, I’d like to tell you more about a particularly special place for the Southern Paiute and other local tribes. The Old Woman Mountains is a beautiful, majestic place located in the heart of the Mojave Desert. The Native American Land Conservancy is honored to care for a section of this wilderness: the Old Woman Mountains Preserve.

Continuing to care for and protect these public lands helps ensure access to sacred and ancestral sites —not just for today, but for future generations too. It also helps maintain important habitat for desert wildlife and native plants.

The Old Woman Mountains, traditionally known as Mamápukaib to the Paiute people, is a sacred landscape where the presence of the ancestors still remains. It is interconnected to the Salt Song Trail, a place that exists in the physical and supersensible (spiritual) worlds. This is manifested and transmitted through traditional songs, ceremonies, and rituals of the Chemehuevi people.

Today, the Native American Land Conservancy (NALC) helps manage the Old Woman Mountains, to preserve it as an undisturbed area where cultural continuity and tribal identity can flourish. 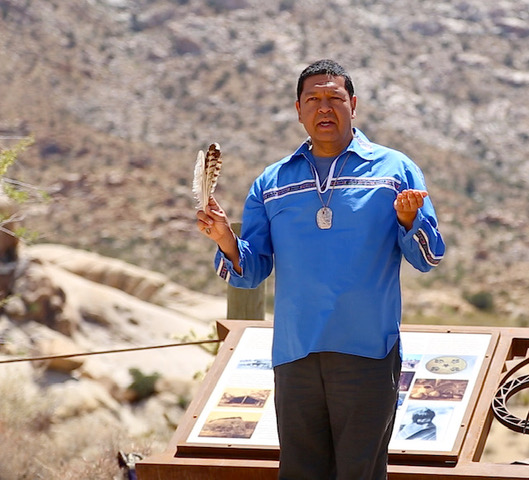 Michael Madrigal, President of the Native American Land Conservancy offers a prayer/blessing at a gathering at the Old Woman Mountain Preserve. Photo taken by Robert Paull.

Mamáukaib is a significant landscape that has year-round availability of water and a rich diverse habitat for many culturally important species. These animal species include deer, rabbit, eagles, quail, bats, desert tortoise, and bighorn sheep. The rights to hunt these animals and the areas they could be hunted in were passed down through songs. The ancestral song and oral history are still being passed on today as part of the Salt Song tradition. 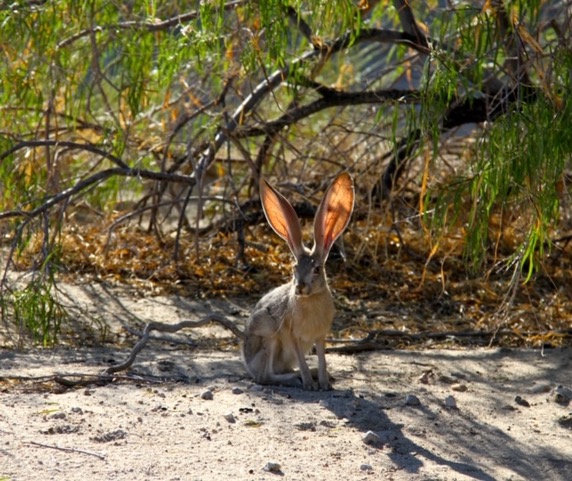 The range was one of the most forested mountain ranges in the region and contains pine (ju'vimpa), juniper (wa'ap), and grapes (iyabisina-iyabi). Bighorn sheep (nagávuykutsi) also frequent the Old Woman Mountains.

Tribal cultural resources in the Old Woman Mountains and elsewhere in the California Desert are irreplaceable, and Site Stewards play a critical role in the preservation and protection of these resources. Active Site Stewardship ensures cultural resources are protected for future generations. We thank Jeff Johnson (pictured below) for his dedication, kindness and respect towards the lands and cultural and natural resources he helps us care for. At this time Site Stewards are volunteers with NALC, but we are working to secure funding for permanent positions. 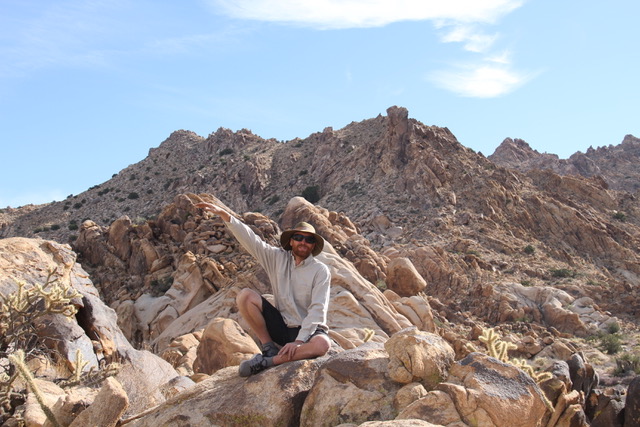 It’s important to learn about and celebrate native cultures, ways of knowing, and our relationships to public lands every day. Check out this map of North America to learn which native land(s) where you live, work, or recreate. I also encourage you to visit tribes’ websites and read their materials to learn more about ancestral and present connections to these lands.

Our organization started in 1998 with leadership from an intertribal cultural group interested in protecting off-reservation sacred sites in the Southern California desert. Today, the NALC’s work is more important than ever as development continues in the Inland Empire, Coachella Valley, and Morongo Basin. Learn more: http://nativeamericanland.org/.