On July 10, 2015, President Obama used his authority under the Antiquities Act to permanently protect two new additions to the National Conservation Lands: Basin and Range National Monument in Nevada and Berryessa Snow Mountain National Monument in California. These national monuments will permanently protect a diversity of lands that preserve our country’s earliest history and conserve open space important for hunting, fishing and outdoor recreation for future generations.

The Basin and Range area of southeastern Nevada is an iconic American landscape. The Monument, located about 150 miles north of Las Vegas, encompasses several mountain ranges, along with Garden and Coal Valleys, which are distinguished by their remoteness and pristine condition. The area contains important archaeological sites, 19th-century settlements, Native American trails, and pioneer ranching sites. The White River Narrows Archaeological District represents one of the largest concentrations of prehistoric rock art in eastern Nevada including panels dating back 4,000 years. The area is also home to critical plant and wildlife habitat—at least two dozen threatened and sensitive species, including some which are found nowhere outside of Nevada.

The designation was the result of a decades-long effort supported by business leaders, veterans, the archaeology and arts communities as well as outdoor recreation, conservation, and sportsmen’s groups.

“This area is like no place else on earth,” said Brian O’Donnell, executive director of the Conservation Lands Foundation. “With its unspoiled vistas, petroglyphs, and wildlife habitat, the Basin and Range National Monument is an ideal addition to our National Conservation Lands.” 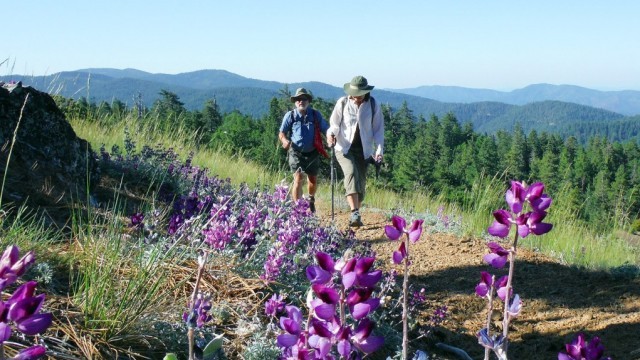 California’s Berryessa Snow Mountain National Monument, designated on the same day, includes some of the most scenic and biologically diverse landscapes in northern California, ranging from rolling, oak-studded hillsides to steep creek canyons and ridgelines with expansive views. Stretching from Napa County to the mountains of the Mendocino National Forest north of Clear Lake, these lands provide valuable wildlife habitat, lands critical for scientific study and recreational opportunities for residents of the region and beyond.

The Berryessa designation follows a campaign from Tuleyome, a local conservation group and member of our Friends Grassroots Network, which built support from elected officials, tribes, hunters, off-road vehicle users and other interest groups. “It’s really a unique treasure that deserves to be protected for current and future generations,” said Sara Husby-Good, the group’s executive director. “We want people to explore it and enjoy it.”

On BLM-managed portions of the Monument, area residents and visitors can explore by hiking on trails in the Cache Creek Wilderness, rafting the whitewater of Cache Creek, boating in to the secluded Cedar Roughs Wilderness, or traveling the rugged terrain of the Knoxville Recreation Area in their four-wheel-drive vehicles, motorcycles or all-terrain vehicles.