The original article was posted on publiclands.com. To read the original blog click here.

If you’re going to save 37 million acres with just two dozen staff members, you need a novel approach.

In the American West, there are 37 millions of acres of public land that most Americans have never heard of. While the under-the-radar status has been a major attraction for hikers, backpackers, and climbers in the know, it’s proven a major problem for the future of all that land. After all, a lot of it overlaps prime ranching or oil drilling territory. And even without the competing interests, it’s impossible for voters to protect places they don’t know exist.

Those 37 million acres are National Conservation Lands, a new category of public land that was created about 20 years ago to encompass parcels like national monuments and national scenic and historic trails. Because many of these lands are newly protected and far from metropolitan centers, they’re often underappreciated and under-resourced—sometimes recovering from decades of mismanagement.

“I think the national conservation lands are the baby of all the various designations,” says Jocelyn Torres, senior field director of the Conservation Lands Foundation (CLF), the only nonprofit specifically dedicated to advocating for National Conservation Lands. “So we’ve been doing what we can to grow the system and try to elevate it to the point where it’s not the new kid on the block anymore.”

Now, things are finally changing. Thanks to an outdoor recreation surge driven by COVID-19 safety precautions and international travel restrictions, public land across the U.S. has seen a massive uptick in visitation over the past two years. That includes National Conservation Lands, which served as critical overflow areas for congested national parks this past year.

In many ways, that increase was a good thing. National Conservation Lands enabled more people to get outdoors and experience nature when their first-choice trips were derailed. Plus, more Americans than ever now know about places like Bears Ears National Monument in Utah and Red Rock Canyon National Conservation Area in Nevada.

However, the escalated visitation came at a cost. Many National Conservation Lands have seen increased erosion, litter, and trailside human waste in the wake of the popularity spike. And the government organization that manages these lands—the Bureau of Land Management—just hasn’t had the resources to address it all.

“There are a lot of big-acreage areas that only have one or two enforcement officers,” Torres explains.

That’s where CLF steps in, using an entirely novel grassroots approach to address these much broader problems.

CLF’s founders decided they didn’t need to start from scratch to start protecting land. Instead, they looked to the dozens of local communities, nonprofits, and Indigenous groups already toiling away to protect their own backyards. While Congress can stamp a national monument border anywhere it wants, the CLF realized that it’s up to those critical community stakeholder groups to help with the actual stewardship. Without their buy-in, official designations don’t change much.

So, CLF began outreach to community-based conservation organizations across the West with a dream of building an elaborate web of mutual support. The result is 81 small, fierce, boots-on-the-ground nonprofits united as CLF’s Friends Grassroots Network. 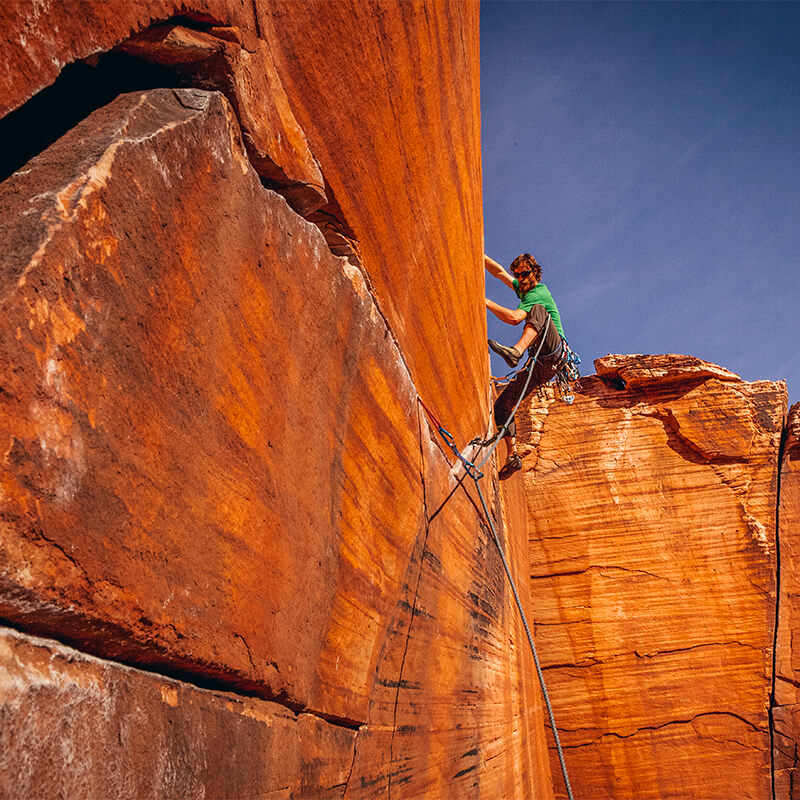 “I’ve been working in the nonprofit conservation space for 20 years, and [CLF] is one of the most unique foundations I’ve ever encountered,” says Bergrin. After all, many big environmental groups keep their gaze trained on Washington, D.C., and just focus on policy at a national level. Few approach conservation from the bottom up.

So, how exactly does grassroots organization achieve influence at scale?

“We coordinate with our Friends Grassroots Network to share what we hear on the national level about large policies,” explains Torres. “And they share with us what they see on the ground so we can identify trends across various landscapes.”

CLF also provides intense support to its Friends Grassroots Network in the form of grants, staff trainings, and other resources. And that’s critical. After all, says Bergrin, most nonprofit groups are chronically underfunded (many only have one or two staff members). And without a ton of support, internal camaraderie, or opportunities for professional development, burnout rates can be high.

CLF’s grants and trainings, then, aren’t just about ticking a box. They’re about taking care of the eyes and ears on the ground, and keeping those in the trenches strong, healthy, and motivated to keep fighting the good fight. And that makes all the difference.

“CLF really cares about the health of our organization,” says Erin McDermott, executive director of Friends of Red Rock Canyon, another Nevada nonprofit and Grassroots Network member. Recently, CLF put McDermott and her colleague through a Justice, Equity, Diversity, and Inclusion training, which she says has been “absolutely critical” to Friends of Red Rock Canyon’s mission and goals.

Having something of a safety net, McDermott says, also helped get her through the pandemic.

“Many households stopped their philanthropic giving, and that was a very scary time for nonprofits,” she says. “Knowing that CLF had our back if we needed it—that definitely helped me sleep at night.”

And when members of the Grassroots Network started to report overcrowding issues, CLF responded, pressing Congress to increase the Bureau of Land Management’s budget—an initiative that passed in early October, granting over $69 million for improved management of National Conservation Lands.

“We really see the National Conservation Lands as a piece of the puzzle in the solutions on the climate front and on the health crisis that we’ve all been going through,” Torres says. “These are places people can get out, get fresh air, take a walk, and restore themselves—something we need now more than ever.”

All articles are for general informational purposes. Each individual’s needs, preferences, goals and abilities may vary. Be sure to obtain all appropriate training, expert supervision and/or medical advice before engaging in strenuous or potentially hazardous activity.