From haunted ghost towns to eerie hoodoo formations, National Conservation Lands offer plenty of opportunities to get your thrills and chills. Here are five of the spookiest places to check out this Halloween. 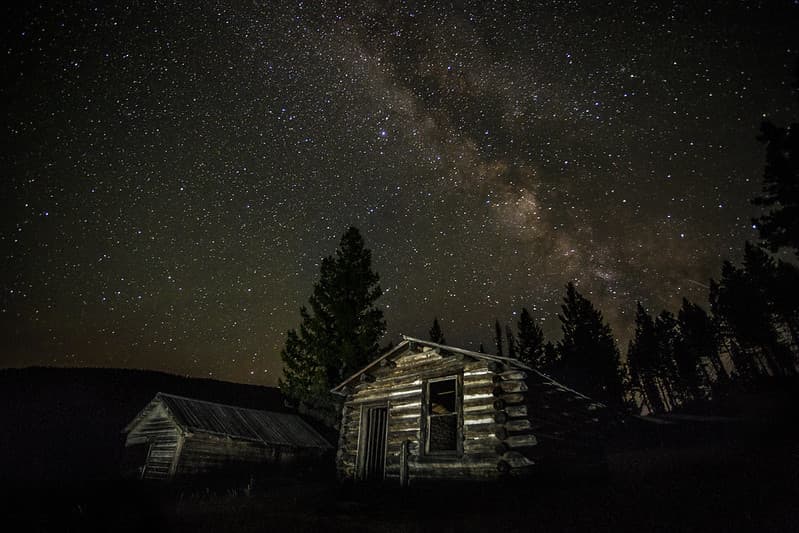 Collectively, the Department of the Interior manages an estimated two dozen ghost towns across the West. Garnet Ghost Town, just outside of the Wales Creek Wilderness Study Area in Montana, is one of the largest managed by the Bureau of Land Management.

Over the years, Bureau of Land Management employees have shared their own encounters with the paranormal like hearing music and laughter coming from Kelly’s Saloon late at night. If you’re feeling really brave, you can rent a cabin in Garnet from December through April. While the town is open year-round, the road is closed to wheeled vehicles from January 1st to April 30th.

As a reminder, it is illegal to remove any historic (older than 50 years) artifacts from public lands. 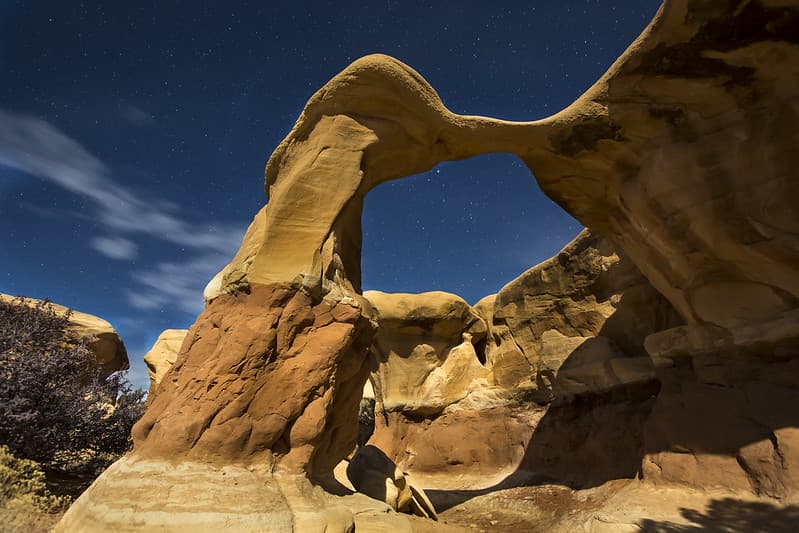 With places like “Spooky Gulch” and “Little Death Hollow”, Grand Staircase-Escalante National Monument in Utah definitely had to make the list.

And if that wasn’t enough to bring shivers down your spine, Grand Staircase-Escalante has an abundance of creepy crawlies like tarantulas, the largest spider in the Southwest. In fact, this is the time of the year when you’re most likely to spot one out in the wild. But don’t worry - like most wildlife, they won’t bother you if you don’t bother them.

Spanning across nearly 2 million acres, Grand Staircase-Escalante offers plenty of opportunities to explore. Come prepared and be extra cautious in slot canyons as weather can change quickly, which can cause flash flooding. 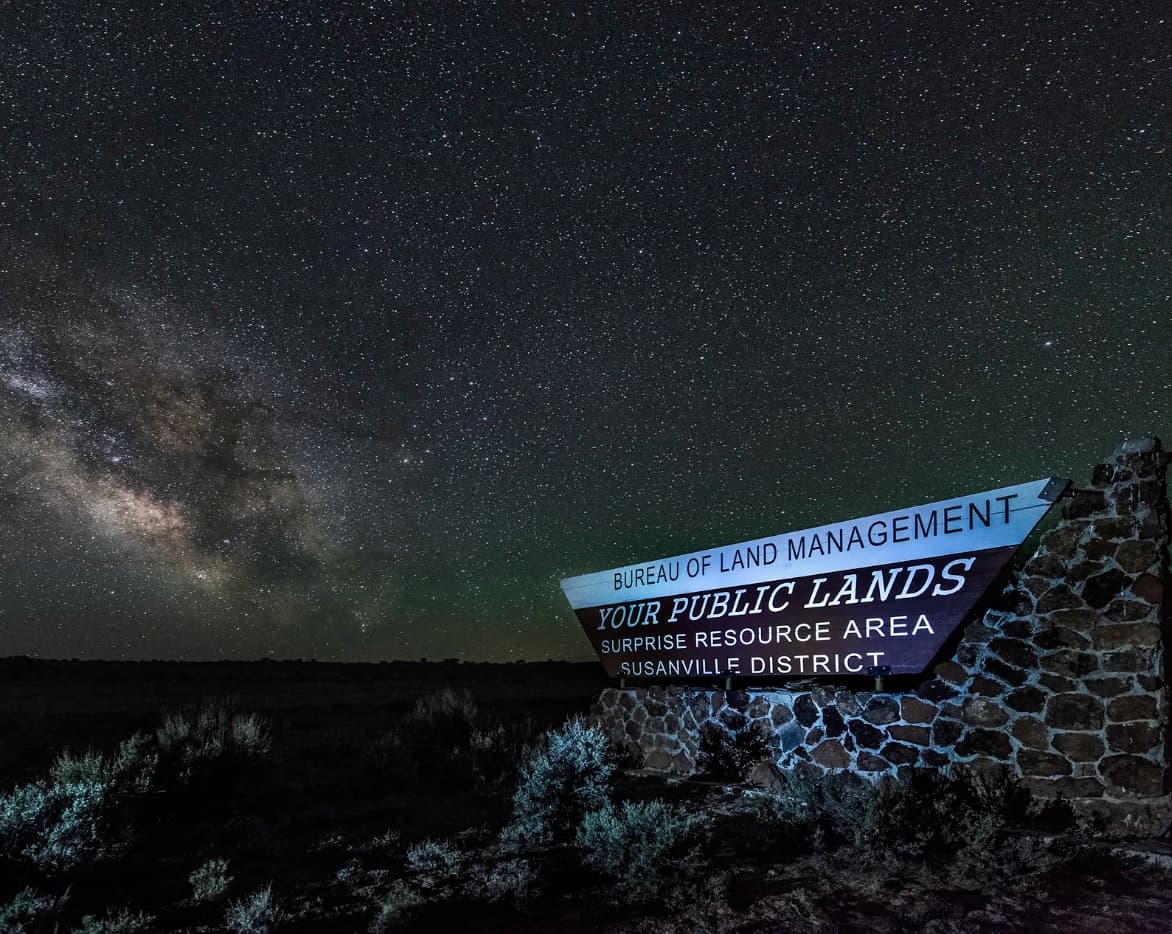 Are you afraid of the dark? As one of the darkest places on Earth, the Massacre Rim Wilderness Study Area (WSA) and Dark Sky Sanctuary might not be the best place for you to visit.

Located in the remote portion of Northwestern Nevada, Massacre Rim is supposedly named for the stone markers where travelers would bury supplies, which emigrants would later mistake for graves. Designated in 2019, the Massacre Rim Wilderness Study Area is one of only seven dark sky sanctuaries in the world.

With visiting any remote place, be sure to have a four-wheel drive vehicle, a spare tire (or two), and enough supplies. Wilderness Study Areas are managed to protect their wilderness qualities so vehicle access within the sanctuary is limited to a few designated routes. Please visit Friends of Nevada Wilderness for more information. 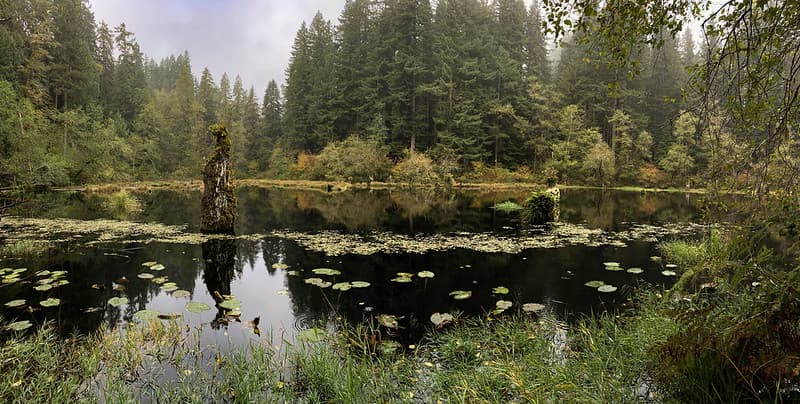 Many have gotten lost in the dense undergrowth and dark groves of Devil’s Staircase Wilderness.
Photo by Michael Campbell, Bureau of Land Management, Oregon.

Nothing says spooky more than a remote and largely inaccessible wilderness of old-growth forest. Well, maybe if it was called “Devil’s Staircase.” Named for a rarely seen waterfall buried deep in the heart of this wilderness area in Oregon, many have gotten lost or forced to turn back in search of this elusive water feature.

The remoteness of the Devil’s Staircase Wilderness makes it largely untouched by logging activity and development - even trails. This of course makes it some of the most critical wildlife habitat in Oregon, especially for the northern spotted owl.

It’s no wonder sci-fi movies like Tremors and Star Trek Generations were filmed here - the spooky terrain of Alabama Hills National Scenic Area makes you feel like you’re in another world.

Located on the eastern slopes of the Sierra Nevada Mountains, Alabama Hills sit under the shadow of Mt. Whitney - the tallest mountain in the contiguous United States. Both geologic features were formed at the same time, over 100 million years ago.