There are not many places other than California where you can experience dense forests, deep ravines, and spectacular coastline in a short radius. The Cotoni-Coast Dairies, one of the many landscapes that the Conservation Lands Foundation helps protect, is such a place. Just a few miles north of the city of Santa Cruz, this 6,000-acre site includes redwood forest, beaches, six different watersheds, agricultural lands, and culturally significant archaeological sites. Cotoni-Coast Dairies was officially added to the California Coastal National Monument under the National Conservation Lands system in 2017, along with three other on-shore additions in Humboldt County—one of former President Obama’s final acts in office. 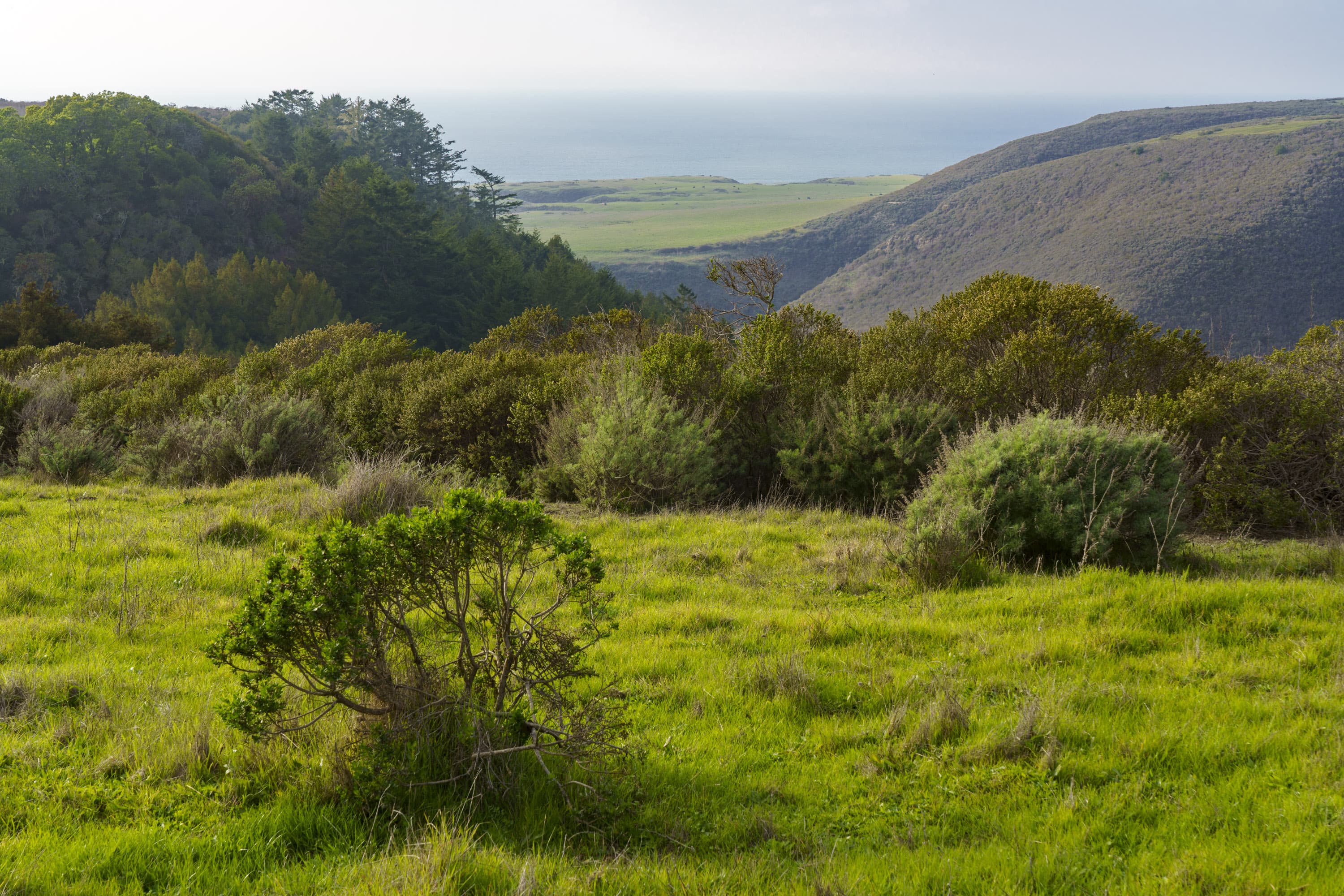 This area was originally home to the Cotoni People, a subgroup of the Ohlone Tribe who were decimated post-Contact and during the mission period. Today, the Amah Mutsun Tribal Band is actively involved with traditional stewardship and restoration of the monument. When the area was added to the California Coastal National Monument, the tribe asked that the name Cotoni (pronounced “cho-to-nee”) be added to honor the original ancestral peoples on whose homelands we now help preserve. It is also a reminder of the importance of preserving Indigenous language and place names. Many Native languages were wiped out after sustained Contact in California–a particularly devastating aspect of colonization. While a few words of the original Cotoni dialect remain, the language was not formally documented. Today, tribal members help keep other Ohlone dialects alive through language workshops and cultural revitalization programs that engage younger generations. However, due to displacement, many members of the Amah Mutsun Tribal Band live far from their ancestral homelands, commuting as far as the Central Valley and even Las Vegas to participate in their Native Stewardship Corps project. 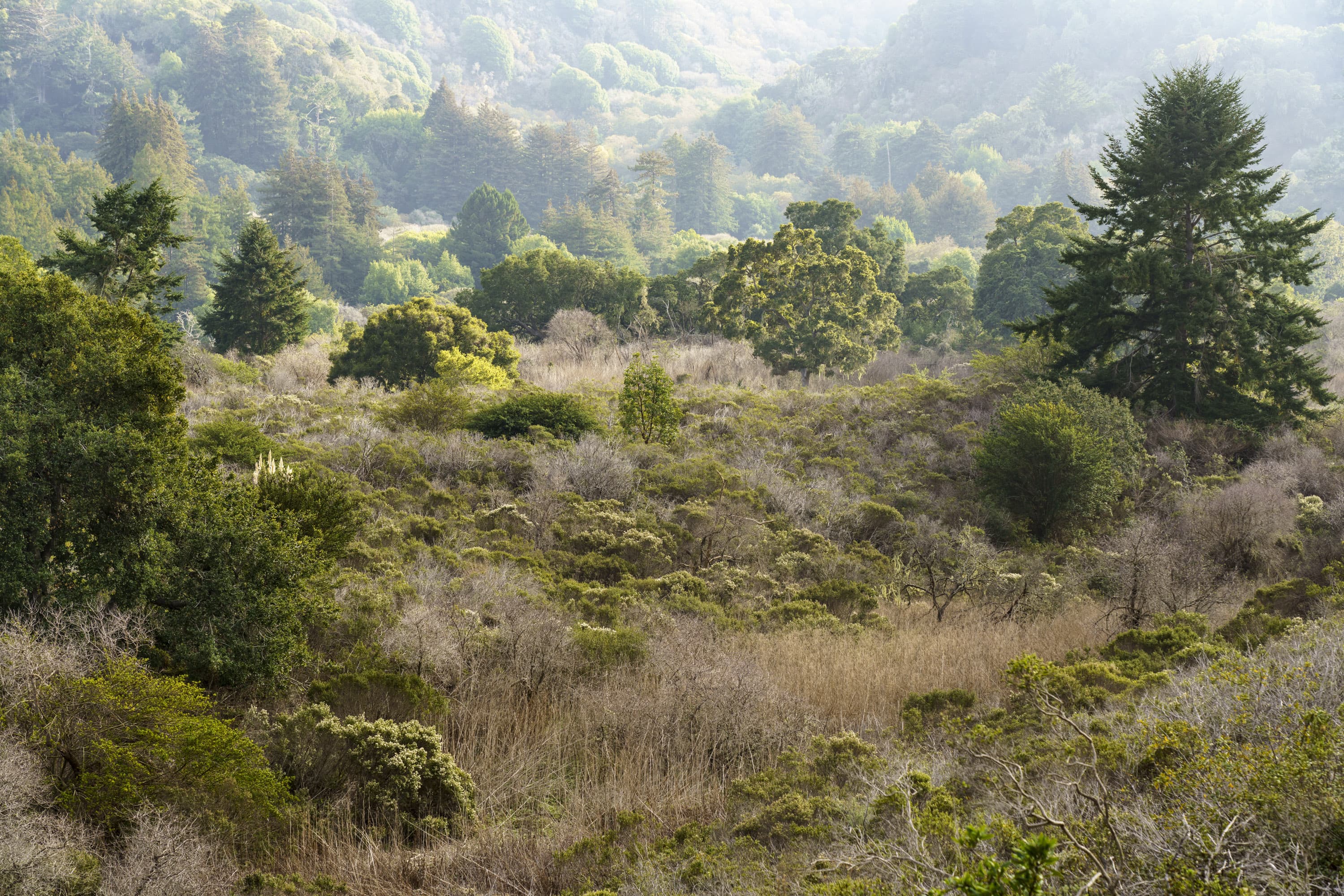 Earlier this month, the Conservation Lands Foundation was fortunate to get out to this spectacular landscape. Our mission is to protect, restore and expand the National Conservation Lands through education, advocacy and partnerships. The last part of that important trifecta–partnerships–is truly what sets us apart as an organization. We work closely with members of our Friends Grassroots Network, who provide essential local knowledge of these places and direct stewardship to protect them at the ground level. At Cotoni-Coast Dairies, the Conservation Lands Foundation partners with two Network Members: the Santa Cruz Mountains Trails Stewardship and the Amah Mutsun Land Trust. Through meaningful collaboration, grants, and capacity building, we work together–also in tandem with the Bureau of Land Management–to reach our shared goals. 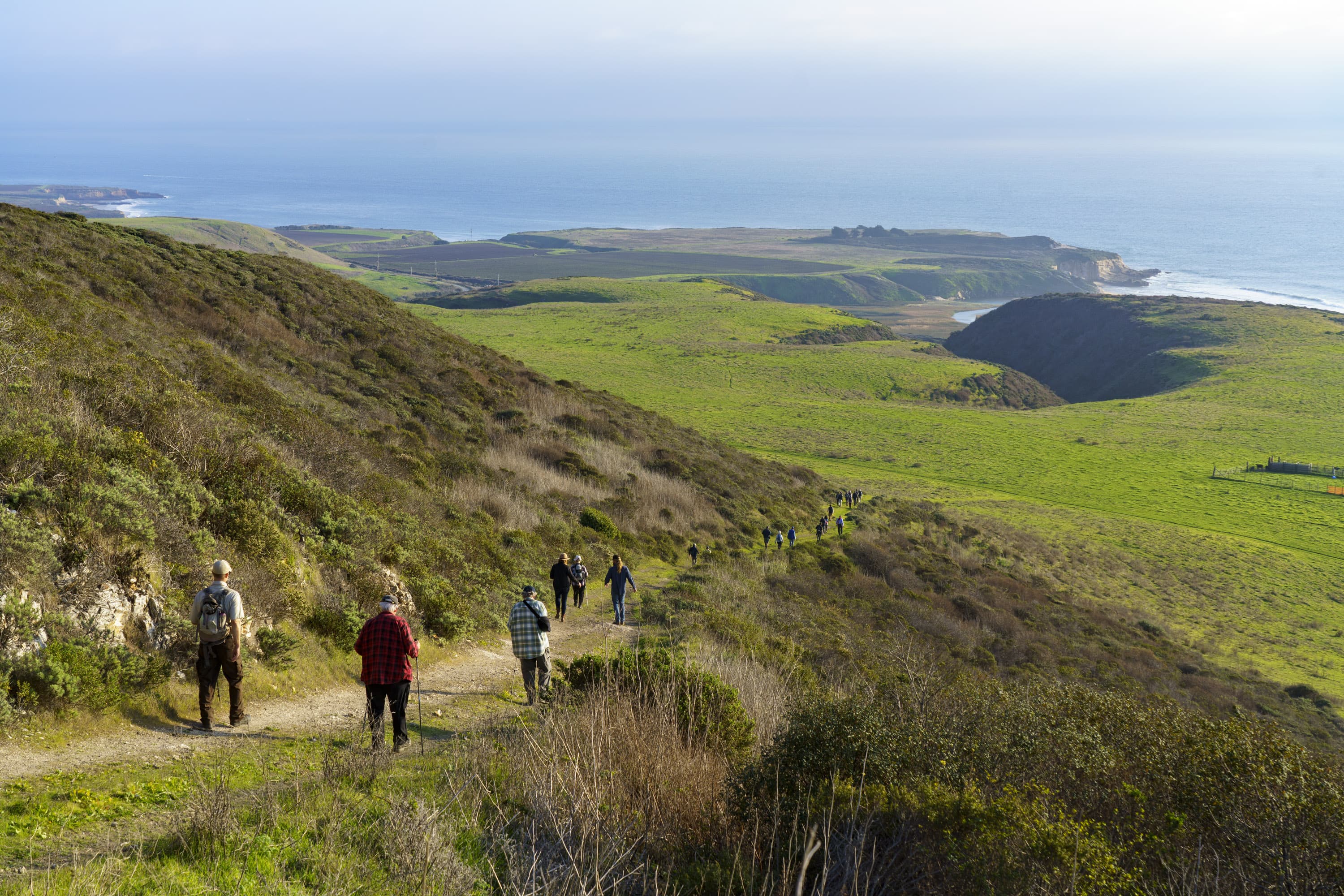 A view of the coastal terrace (photo courtesy of QT Luong/terragalleria.com)

Members of the Santa Cruz Mountains Trails Stewardship, led by Executive Director Matt De Young, are currently working hard to transform the Cotoni-Coast Dairies property into a publicly accessible space that will be open to all. Just last week they broke ground on a future network of 19 miles of trails that will span coastal terraces, rolling hillsides, and mountain ridgelines. Over the coming months volunteers will be digging and preparing new trails, including ones that span deep ravines that need to be constructed by hand (or technically, by shovel!). These new trails are slated to open in 2022 and will include separate areas for hiking, mountain biking, and horse-back riding. Matt De Young acknowledged the difficulties of balancing multiple perspectives (for example, ensuring that mountain bikers don’t spook horses or slower-moving hikers don’t impede cycling), and how multiple community stakeholders were brought into the conversation to discuss shared needs. One of the most impressive (and necessary) aspects of the new trails is that a portion will be ADA-accessible, allowing wheelchair access to a coastal ridgeline with a panoramic view of the Pacific Ocean. 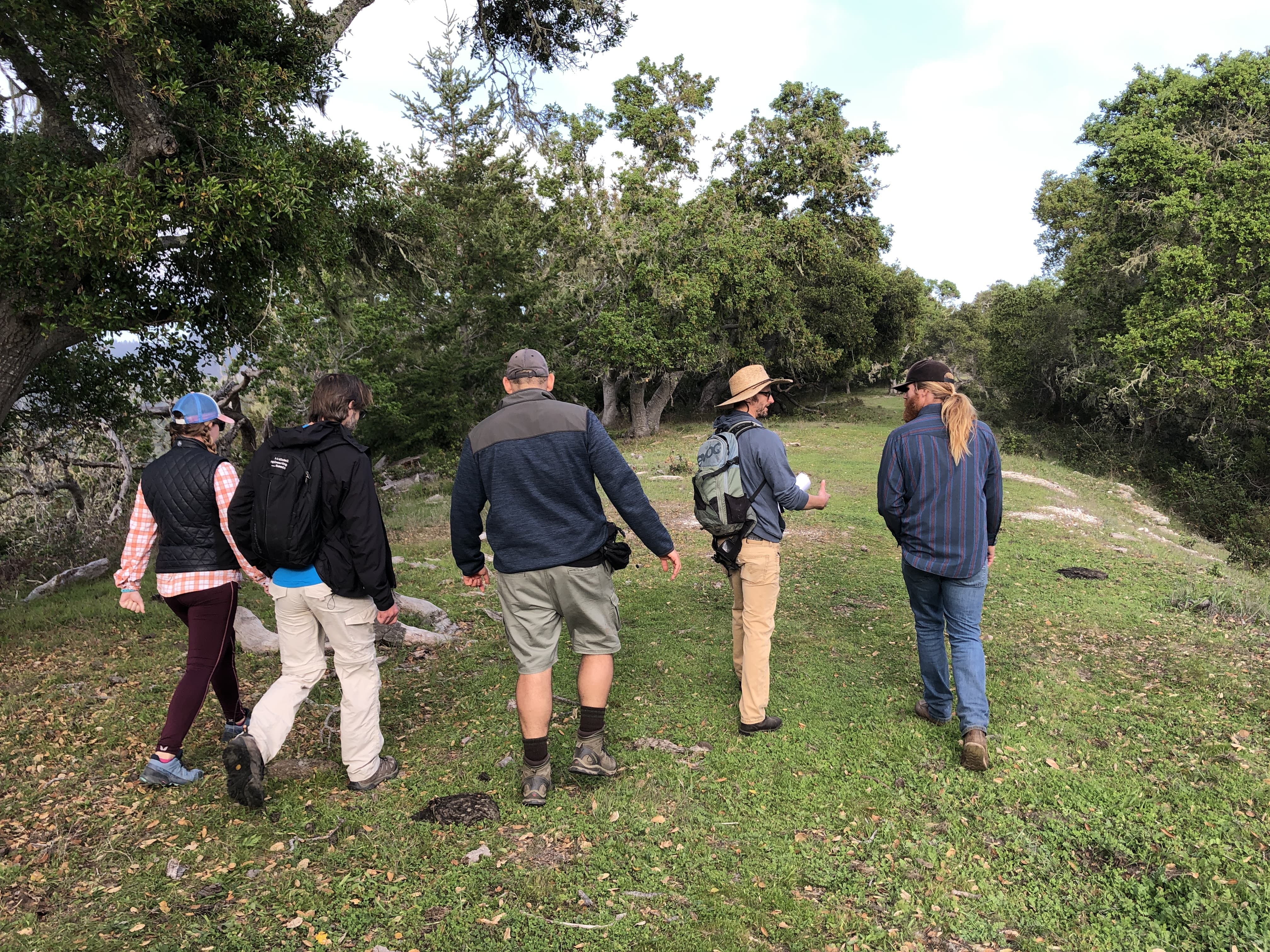 The Santa Cruz Mountains Trails Stewardship is collaborating closely with the Amah Mutsun Land Trust on shared interpretation and trail signage for the site, ensuring that Indigenous knowledge is included at the forefront. Members of the Amah Mutsun Land Trust are conducting integrative landscape surveys of the region, documenting natural and cultural landscape components through archaeological and ethnobotanical field work. Research archaeologists Alec Apodaca and Mike Grone identify areas that are predicted to have cultural resources, and then take soil samples to screen for archaeological materials. Once the materials have been documented, they return them to the land. It is also important to acknowledge that the tribe works with the Bureau of Land Management and other partners to identify portions of the area that should not be open to the public, due to their cultural significance. 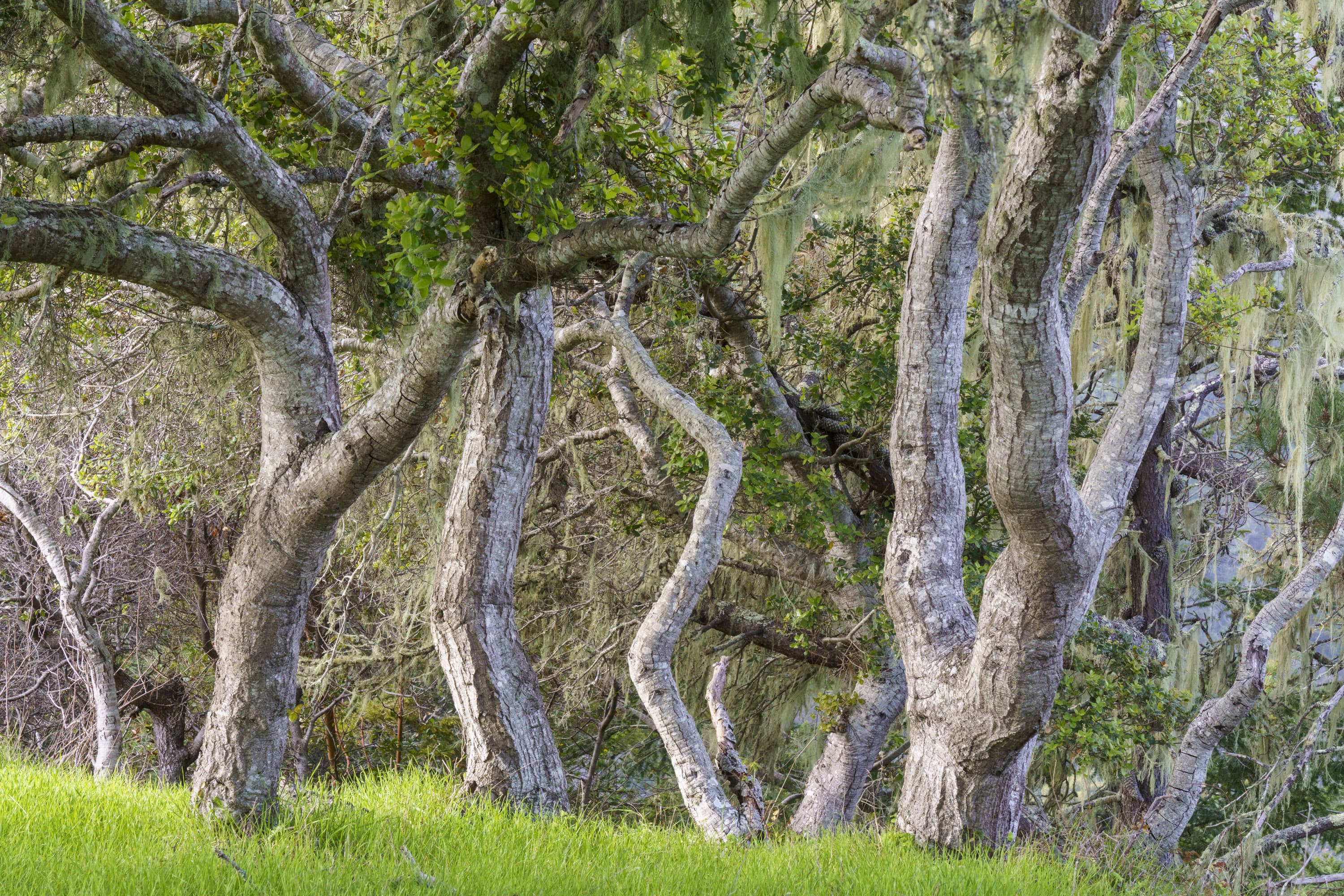 At the heart of the Amah Mutsun Land Trust’s work is the Native Stewardship Corps program. Participants use Traditional Ecological Knowledge (otherwise known as TEK) to implement Indigenous landscape restoration practices, including controlled burning and native plant propagation. During our hike Rick Flores, Director of Horticulture and Steward of the Amah Mutsun Relearning Program, pointed out culturally significant plant life in the area, including groves of coast live oak and hazelnut trees.

It is with our wonderful partners that we are able to protect such iconic, essential, and culturally-significant places. To experience Cotoni-Coast Dairies yourself in the future, check back on our website in 2022 to learn more about when these publicly-accessible trails will be open!

To learn more about the new trail construction, check out this recent blog by the Santa Cruz Mountains Trails Stewardship.