BioBlitz: the Beauty of Citizen Science

At the start of this Summer, I headed up to Basin and Range National Monument to participate in the first BioBlitz at the monument. 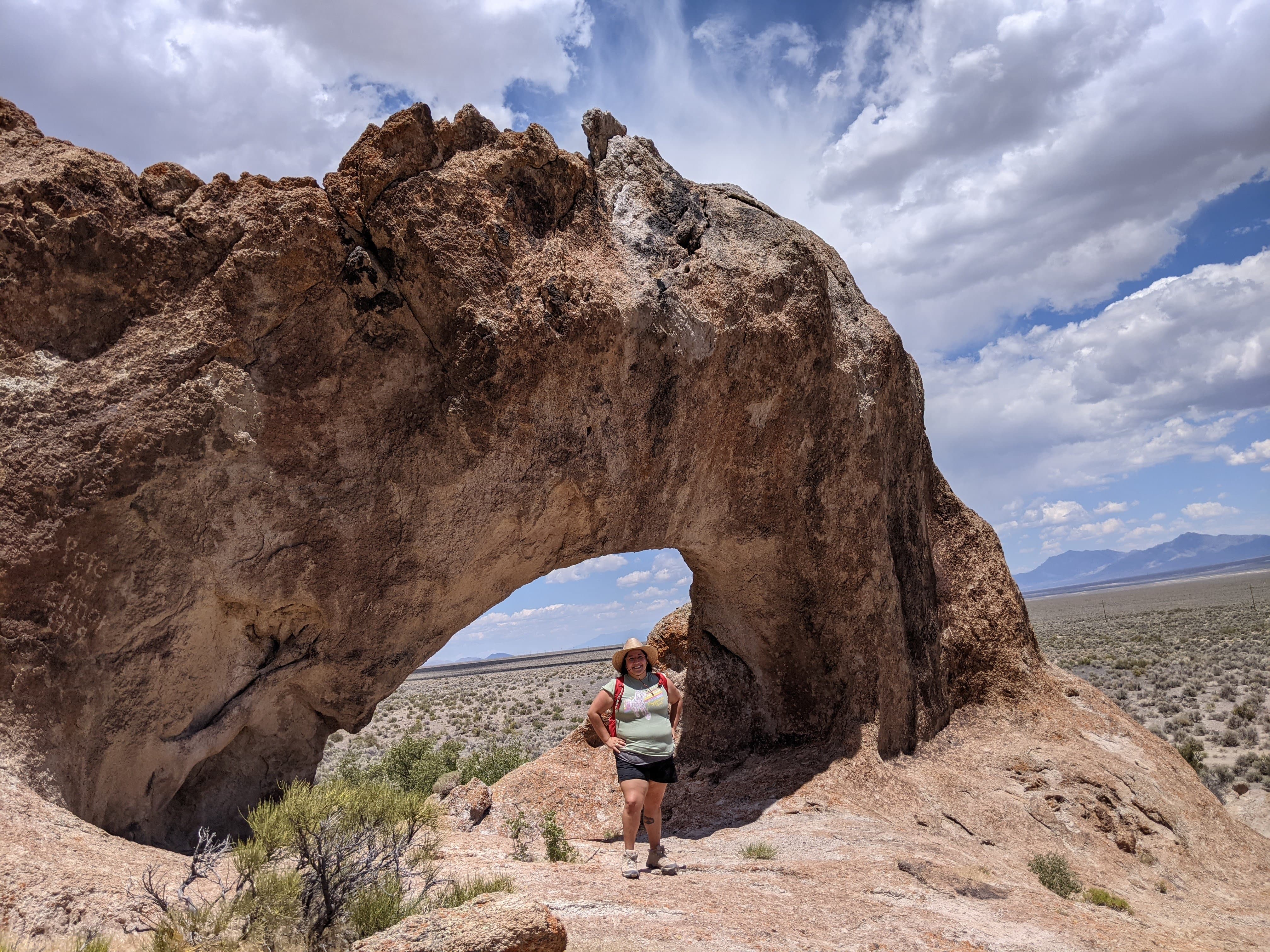 What’s a BioBlitz? It is an event that focuses on finding and identifying as many species as possible in a specific area, usually in a short period of time. It's a citizen science inventory of plants and animals. In the case of the Basin and Range BioBlitz, organized by the Bureau of Land Management alongside partners, it took three days, over 100 volunteers, several high clearance vehicles, lots of water and sunscreen, a lot of expertise, and of course, snacks. 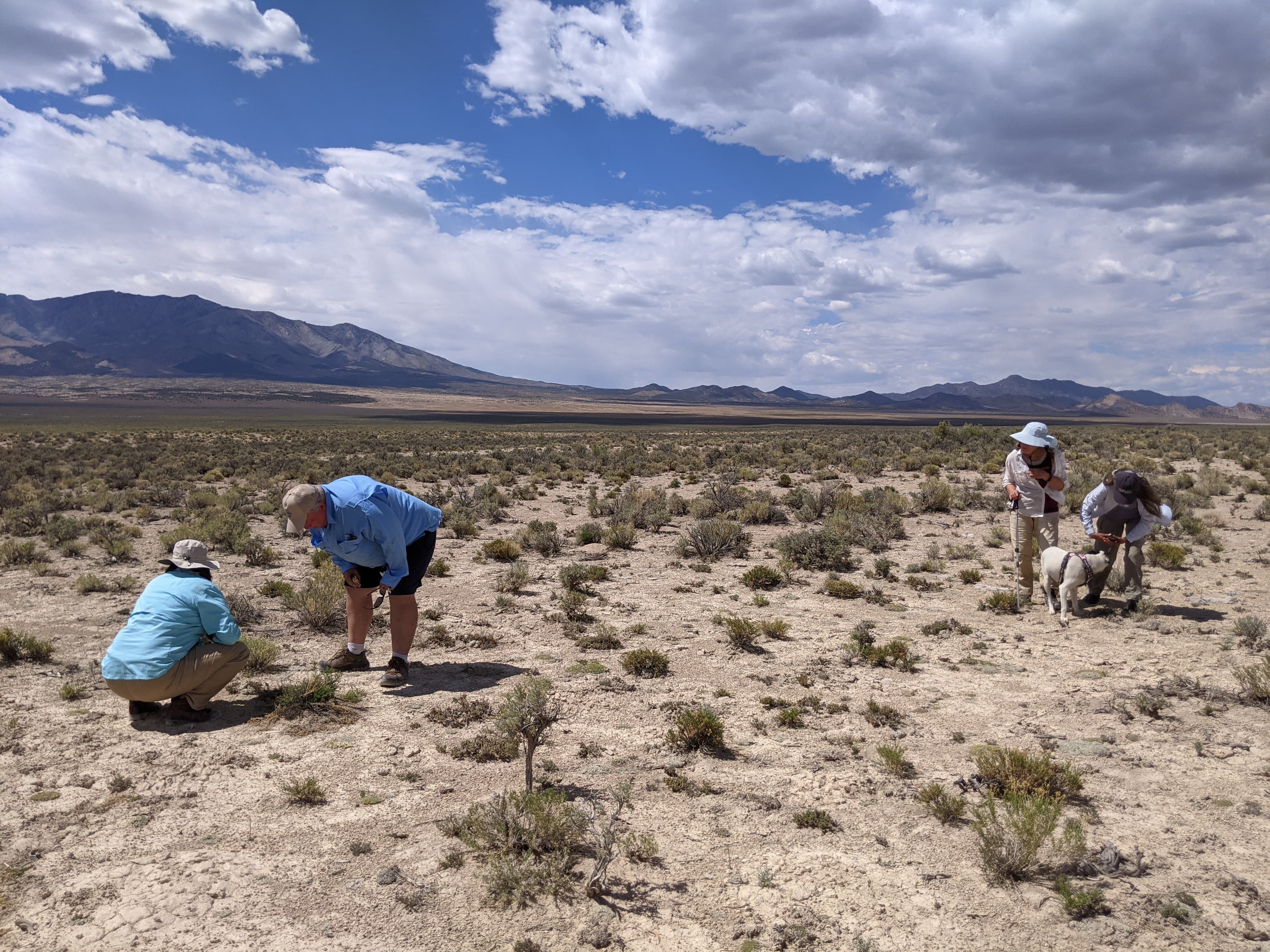 The volunteers came from all walks of life, there were rangers, wildlife biologists, botanists, ecologists, students, and other people like me, who just wanted to help. And we all split into teams, some went looking for small mammals, like Merriam’s kangaroo rats (which are adorable and you should look them up on google images immediately!) Others went looking for reptiles and amphibians, others were looking for birds, and others went looking for plants. I went with the plant folks, because the other teams required getting close enough to birds and reptiles to snap a good photo of them for the inventory, when my instinct is usually to run away from them. So I went where I thought I’d be more useful. 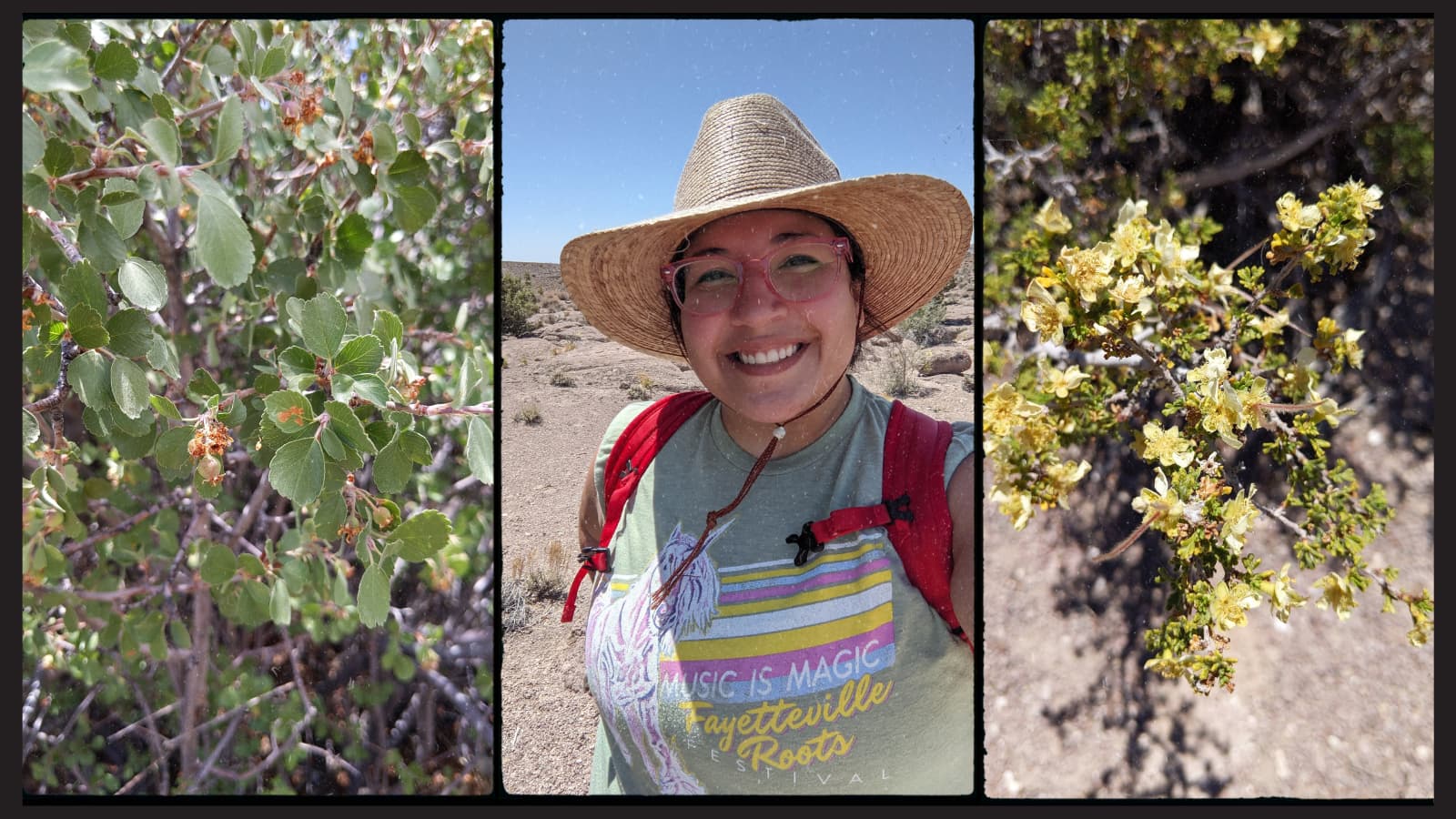 We all had to use the iNaturalist app to take photos and record the observations. Every plant, bird, mammal, reptile, and bug that was recorded counted as an observation. A month after the event, a total of 1,830 observations of 405 species had been recorded. That amount of data is valuable for the management of an area like the national monument.

Each team had expert volunteers who were happy to share their knowledge and passion with others. I had the pleasure of being in a team with several botanists, and even though I was not up to date with all the scientific names in Latin, it was great to take in their knowledge of the plants of the area. I hadn’t used iNaturalist before the BioBlitz, but it’s so easy to use and it doesn’t require you to know absolutely everything about the observation you are recording. Other app users can later look at the photo you submitted and identify it for you. I took a photo of a Mojave Kingcup Cactus in bloom, but didn’t know its scientific name, so after it uploaded when I got to cell phone signal, someone else was able to edit the observation and add the scientific name Echinocereus triglochidiatus mojavensis (don’t worry, I don’t know how to pronounce it either.) That’s the beauty of citizen science, it’s a collective effort where we all can participate and contribute, even if it’s just snapping a photo and providing the geolocation. 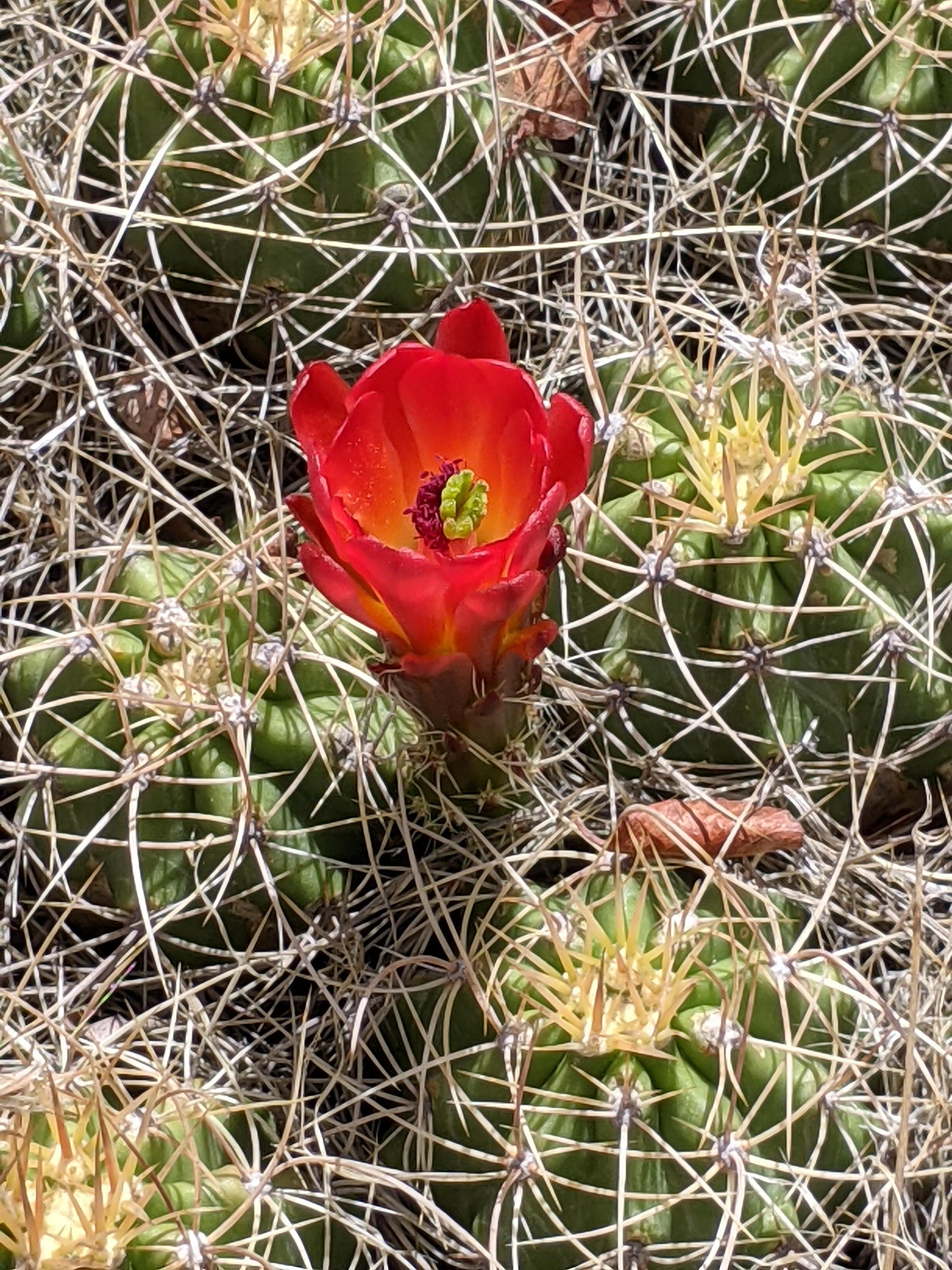 Now, please remember this was my first BioBlitz. In my innocent mind, I assumed once the sun went down, we would just eat dinner and watch the stars before going to bed. But I was WRONG. There was an after hours part, where the focus was bugs. People surrounded a white sheet set on the ground with white and black lights at the center, each type of light attracting different types of bugs. One of my new biologist friends handed me a UV flashlight so I could walk around looking for scorpions, which glow under UV light (you should also look this up on google images immediately!) I didn’t find any, which was a bummer because I was absolutely emotionally prepared for it. After getting back from the trip I purchased my own UV flashlight and went looking for scorpions in my apartment, just in case. I’m happy to report there were no scorpions living rent-free in my apartment. 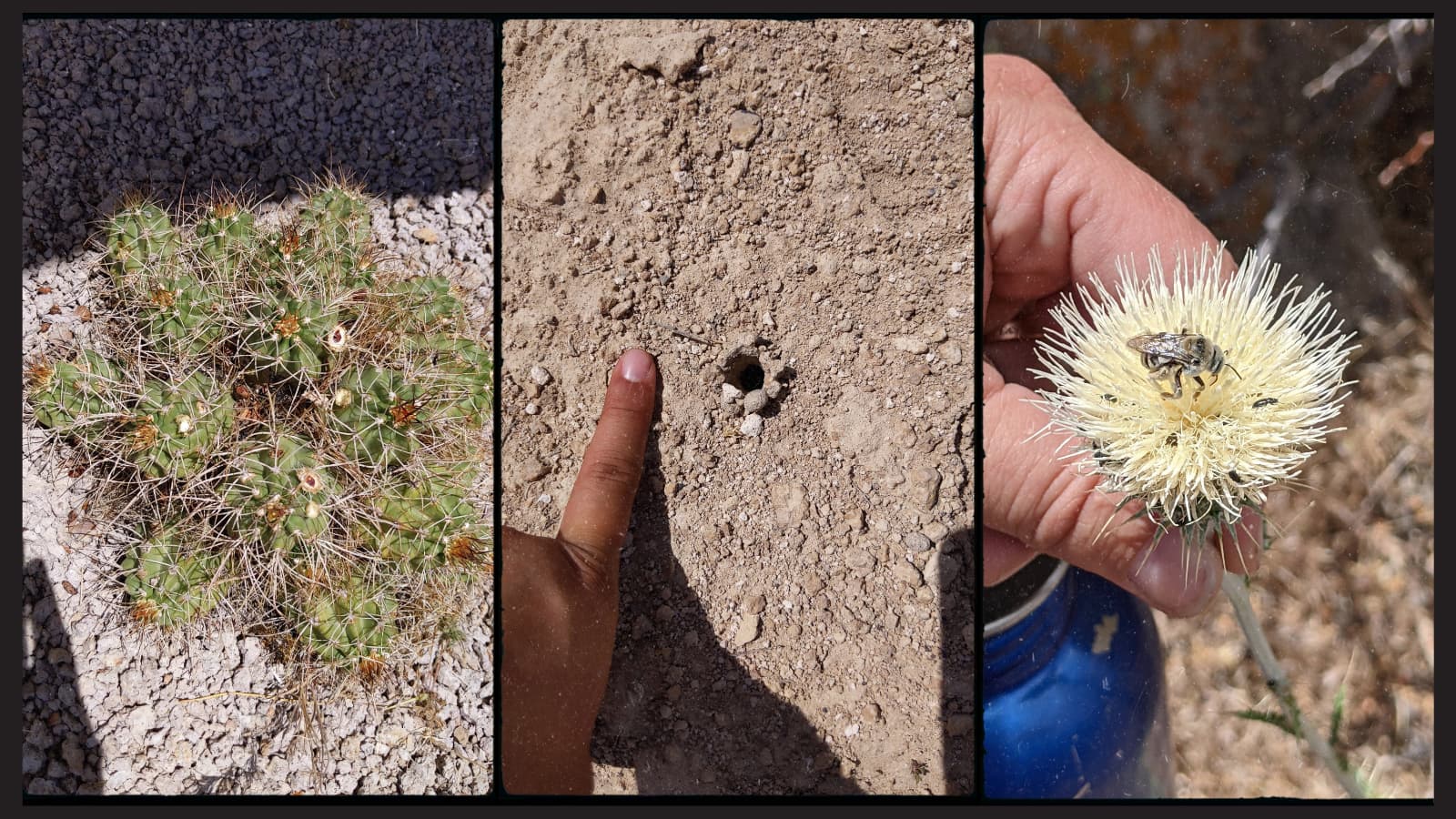 I had so much fun participating in the Basin and Range Bioblitz. Knowing how valuable the data is to the management and conservation of areas like Basin and Range National Monument, I encourage you to check out the iNaturalist app on your own, with a group of friends during your next walk, or to join a BioBlitz if you get the opportunity.