Jim Kenna retired as the California State Director for the Bureau of Land Management (BLM) in the fall of 2015 after 40 years of public service. He also served as Deputy Assistant Director for Resources and Planning and as a Budget Analyst with the Department of the Interior in Washington, D.C., and in a number of field management positions in Oregon and California.

In this Q&A Jim shares the significance of the plan and why the Biden Administration needs to cancel the last-minute attempt by the Trump Administration to undo it.

What is the Trump Administration proposal for National Conservation Lands in the California Desert?

In the waning days of the Trump Administration, the Bureau of Land Management (BLM) released proposed changes to the Desert Renewable Energy and Conservation Plan (DRECP) that reduce National Conservation Lands in the California Desert by over two million acres.

How does the process the Trump Administration used to prepare its proposals differ from the way the DRECP was prepared?

The DRECP was prepared collaboratively by the Bureau of Land Management, Fish and Wildlife Service, California Energy Commission and California Department of Fish and Wildlife. This was done to promote integration and consistency among plans and permitting processes across all levels of government, and to ensure a common set of facts regarding habitat conservation.

The Trump Administration amendments to the DRECP were developed without the use of the expertise of the other agencies. The amendments also place little or no priority on integration or consistency among federal, state and local plans, nor on the existing and extensive record of public participation.

If not stopped, the politically-driven goals of an outgoing administration will replace eight years of intensive participation by Californians, interagency sharing of data, analysis, expertise and knowledge, and trust in the durability and fairness of land use planning on public lands.

What type of coordination and collaboration went into the preparation of the original DRECP?

Good government is no accident. In 2010, Governor Schwarzenegger committed the state in an agreement with Department of the Interior Secretary Ken Salazar. Governor Brown continued the state’s commitments yielding tangible benefits like a “Stakeholders Group” of over 50 people and support for cooperating counties.

What role did the California Energy Commission play in creating a land use plan for public lands managed by the Bureau of Land Management?

CEC provided both essential expertise and valuable leadership in a number of areas. Working on energy supply and climate change requires careful application of science, data, and expertise. CEC convened the technical team of transmission engineers that evaluated alignment and size of various Development Focus Areas with existing, planned and reasonably foreseeable transmission.

CEC also took a lead role in gathering, collating, and regularly publishing the shared data of the cooperating agencies. They were the lead agency in creating a support system for local governments that were updating and integrating their land use plans with the DRECP. In short, the DRECP was vastly better because of CEC’s participation.

How was the conservation framework for ecological resources in the California Desert created?

This is another example of interagency collaboration. The biological conservation design in the 2016 Plan was largely the work of a network of field biologists, botanists, and ecologists from four agencies. The work was done with scientific rigor, including peer review and quality control processes.

The result was a framework for conservation of species and natural communities that met all local, state, and federal requirements across an entire region. One of the results is an all-lands design for a list of covered species and natural communities that can be used for permitting purposes by all agencies – federal, state, and local. See the interagency publication California Desert Biological Conservation Framework.

What conservation values does the DRECP address, and what was the reason given to justify large reductions in their protection?

Congress directed the Bureau of Land Management to include lands with “outstanding cultural, ecological, and scientific values” in the system of National Conservation Lands. That determination was reached by assessing documented on-the-ground values, disclosing the result, and seeking public input across a range of alternative applications.

In a bizarre twist, the proposals under Trump Administration guidance suggest this Congressional direction regarding conservation is “generic” and assert “the Bureau of Land Management has determined that the designation of lands within the California Desert Conservation Area for conservation purposes is a land use plan decision, subject to updates and changes as part of a planning process.”

This interpretation is wrong. Only Congress has the authority to alter National Conservation Lands.

Is the Trump Administration guidance a reliable basis for a long term plan to guide management in the California Desert?

No. Reliance on guidance provided by the previous administration is an unstable foundation for finishing the reopened DRECP planning process. There are factual errors in the assumptions underlying the proposed changes that illustrate the flaw in not involving CEC more deeply.

What can be done?

Withdraw the amendment to the DRECP and allow the plan to be implemented. California will be able to meet its renewable energy goals while sensitive habitats and cultural sites will be protected in perpetuity.

Doing so will show due respect for the California Desert Conservation Area, tribal values, recreation, military training, infrastructure needs, the public, and local and state government.

Jim Kenna was also recently featured in The Hill on this topic - click here to read his opinion piece on the importance of the DRECP. 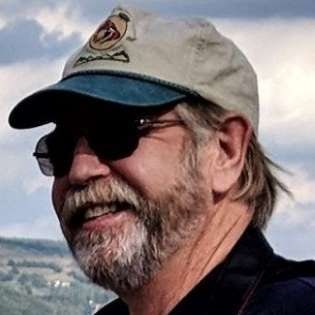 Jim Kenna retired as the California State Director for the Bureau of Land Management in 2015 after 40 years of public service. He is currently based in Medford, Oregon and serves on the board of the Conservation Lands Foundation.